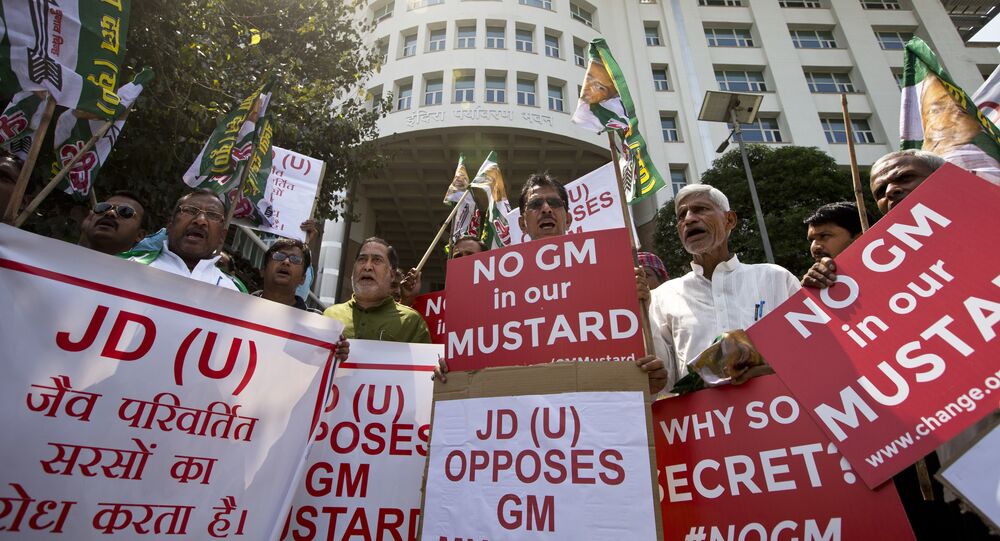 India’s Supreme Court put on hold the commercial release of indigenously developed genetically modified mustard. However, the Narendra Modi government informed the court that it will come up with a GM policy in the next 45 days.

“No GM crop is allowed for cultivation if it poses any risk to the environment including human and animal health. So far, only GM mustard and Bt brinjal have been recommended by GEAC to the Ministry of Environment, Forests and Climate Change, Government of India for consideration for environmental release and cultivation,” Y. S. Chowdary, India’s Minister of State for Science and Technology told  Parliament.

Senior advocate Prashant Bhushan, who appeared for activist Aruna Rodrigues, argued in the court against the approval and feared it could lead to irreversible damage to the country’s biodiversity and environment. However, the government termed activists health and environmental concerns due to GM mustard “unfounded perceptions and false propaganda,” in its affidavit submitted to the court.

In its affidavit, the government claimed that GM mustard can increase the production and it would lead to substantial savings in foreign exchange by reducing imports of cooking oils. India imports more than 70% of its requirement of cooking oils.

In 2010, the previous government under Manmohan Singh had rejected a proposal to cultivate GM brinjal.