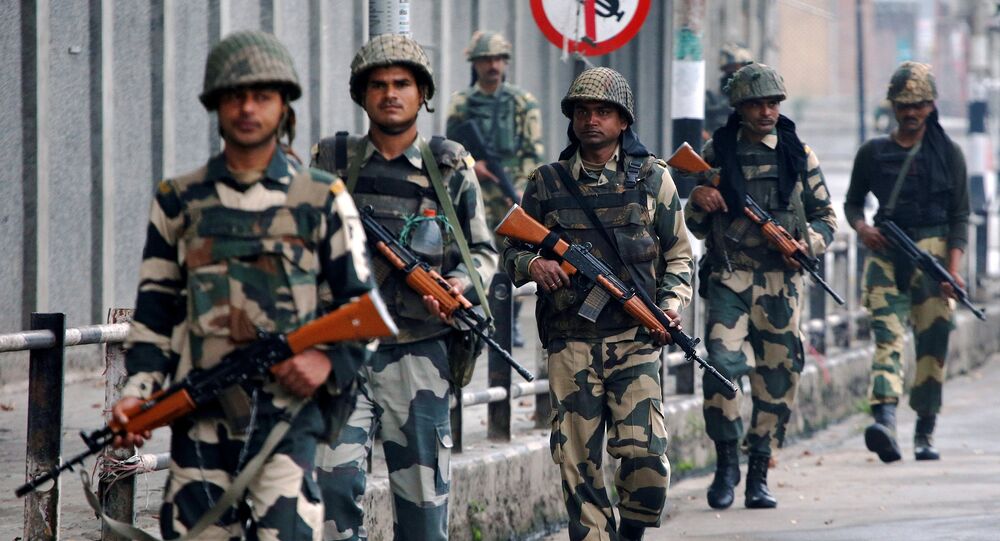 The two top militants of the Kashmiri insurgent group Lashkar-e-Taiba (LeT) have been killed by Indian police, local media reported.

NEW DELHI (Sputnik) – A senior commander of the Pakistan-based Lashkar-e-Taiba (LeT) militant group, operating in the Indian state of Jammu and Kashmir, was killed Tuesday during a joint Indian security and police forces operation in the district of Pulwama, local police said.

​The Times of India newspaper specified that another member of the terror group, Arif Lilhaari, died during the encounter, whereas the fate of two others is currently unknown.

The Jammu and Kashmir region has been disputed by India and Pakistan since the end of British rule in 1947. Following several armed conflicts, the two countries agreed to a ceasefire in 2003. Since then, both sides have repeatedly accused each other of violating the truce. The unstable situation in the region led to the emergence of extremist groups, such as Lashkar-e-Taiba.

Established in 1987, Lashkar-e-Taiba has become one of the largest militant groups operating in the disputed region.