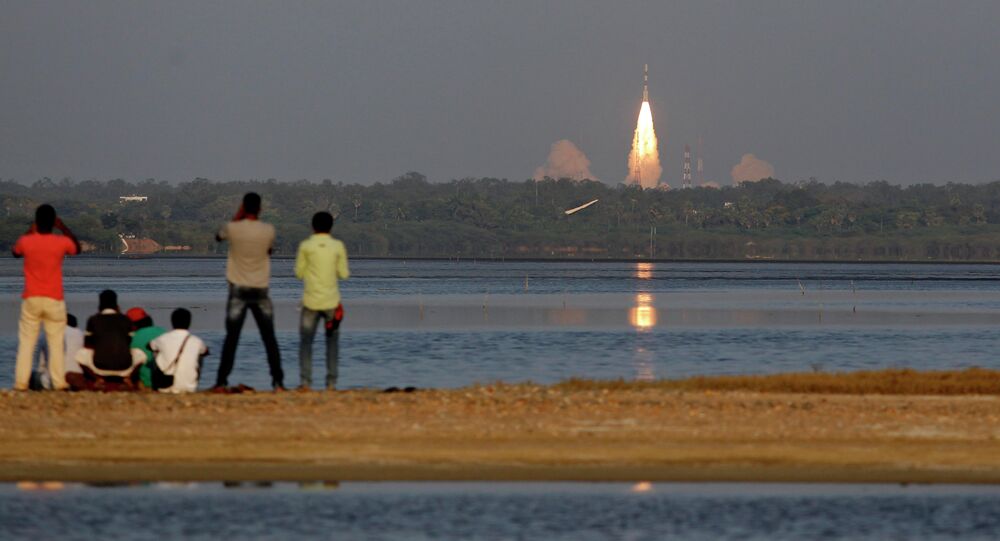 The Indian Space Research Organisation (ISRO) will get a major capacity boost from early 2018 as an additional launch pad is fast nearing completion. With the new launch pad, ISRO can achieve its target of sending 12 rockets into space in a year from the seven at present.

“A second vehicle assembly building (SVAB) is being established at the Second Launch Pad of Satish Dhawan Space Centre, Sriharikota to overcome the limitation in the number of vehicles that can be assembled and integrated in a year, which is expected to be ready by the beginning of next year,” Jitendra Singh, India’s Minister of State for Space, said in the Rajya Sabha.

© Photo : Johnxxx9
India Wants to Win Global Credibility With More Satellite Launches
As the country needs more communication satellites, ISRO had asked the government for additional launch pad. In 2013, the government approved funds for a second vehicle assembly building. With the increased frequency, ISRO can make more money from launching a service business which is expected to grow to at least $14.5 billion in the next decade. According to Euroconsult's latest report, over 6,200 small satellites are expected to be launched over the next 10 years.

"The total market value of these small satellites could reach $30.1 billion in the next 10 years, up from $8.9 billion over the previous decade," said Maxime Puteaux, Senior Consultant at Euroconsult and editor of the report.

ISRO has set a target to reduce the cost of a satellite launch manifold with the reusable rocket whose next phase of tests will begin in the next year.

India to Launch Carrier Rocket With Higher Payload Capacity in May