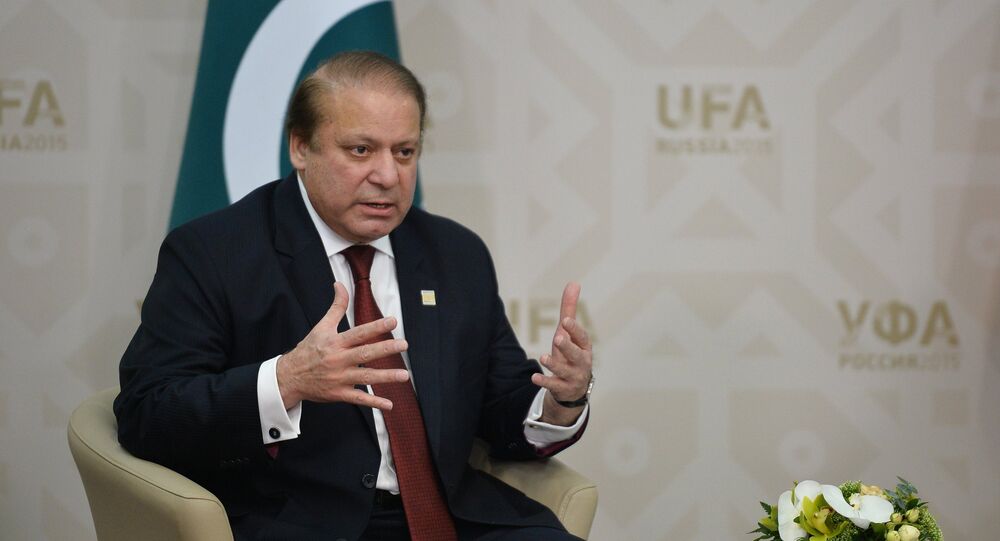 Pakistan's Prime Minister Nawaz Sharif has stepped down following a unanimous Supreme Court ruling to remove him from office following a corruption investigation into his family, local media reported Friday.

MOSCOW (Sputnik) — The court also ruled a criminal investigation against Sharif and his family.

The prime-minister's office meanwhile noted that Sharif decided to resign even though there were serious reservations about the process in the court.

The Panama Papers leaked in April 2016 revealed that Sharif's two sons and daughter owned at least three offshore companies registered on the British Virgin Islands. In April 2017, a commission comprising five judges from the Supreme Court decided to establish a special commission to investigate the case further, as there was no sufficient evidence to remove Sharif from office.