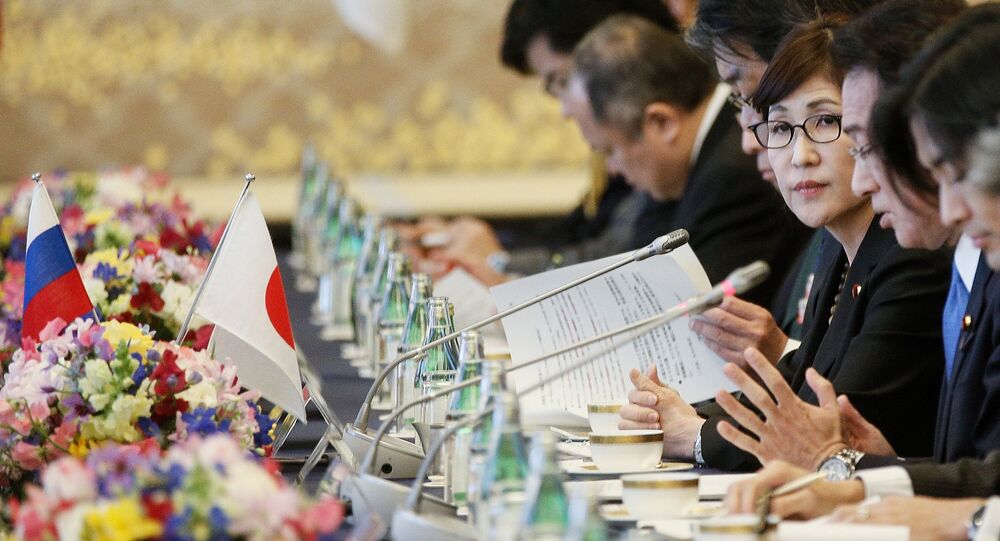 © AP Photo / Greg Baker
Wakeup Call: Why is Japan’s Defense Minister Asking US to Cancel Okinawa Drills?
TOKYO (Sputnik) — Japan's Defense Minister Tomomi Inada said Friday she had tendered her resignation after a scandal broke out over a cover-up of reports on the Japanese peacekeeping mission in South Sudan.

Inada said an investigation into the hush-up of mission logs found that the Defense Ministry had acted in violation of legal provisions regarding transparency.

"I bear responsibility as the minister of defense and I have decided to stand down. I tendered my resignation to Japan’s Prime Minister Shinzo Abe today. It was accepted," she said at a press conference.

Inada denied having any knowledge of the documents or ordering their cover-up. Prime Minister Abe apologized for her resignation. He said Foreign Minister Fumio Kishida would be filling in on her job.

The concealed logs reportedly described the activities of the Japan Self-Defense Forces as part of the UN peacekeeping mission to South Sudan in July 2016 when the situation there worsened.

Their disclosure could have affected Tokyo's decision to continue the mission and give the forces an even bigger and riskier role in the operations. The data was allegedly deleted, and the troops were authorized to use weapons under the latest reinterpretation of the Japanese Constitution. They withdrew from the African country in May 2017.

Inada has come under a barrage of criticism by media and opposition parties in the past months. In late June, opposition parties demanded her resignation over her appeal on behalf of the Defense Ministry and Self-Defense Forces to vote for a candidate of the ruling Liberal Democratic Party at the Tokyo Metropolitan Assembly election.