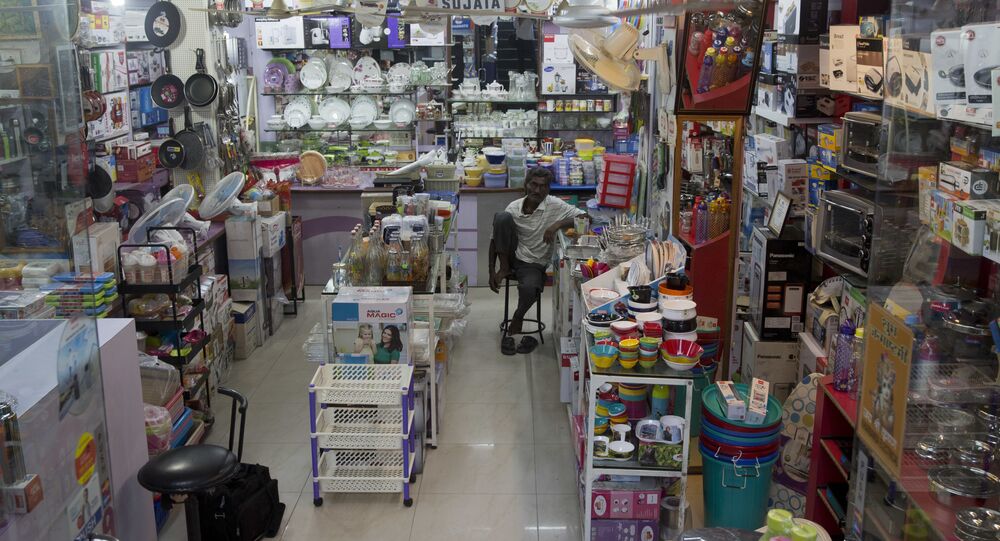 India is going to push for greater access for its goods and services into China to reduce its trade deficit with the northern neighbor. This comes even as there is no let-off in the border standoff, which has given fresh life to hate-China, boycott-Chinese-products campaign on Indian social media.

© CC0
India Begins Tunnel Work Through Himalayas to China Border
New Delhi (Sputnik) — India is concerned with its rising trade deficit with China and in the past, even Prime Minister Narendra Modi has raised the issue with his Chinese counterparts, said commerce minister Nirmala Sitharaman.

"Trade deficit with China is a matter of concern. We are discussing the issue with China for greater access for Indian products and services in the Chinese market," Sitharaman said in Parliament during Question Hour on Monday.

"India has an alarming trade deficit that in our view emanates from obstacles to market access in China," Jaishankar said on July 11 to mark 25 years of India-Singapore Partnership at Shangri La Hotel, Singapore.

"India imports a lot of high-tech goods, including mobile phones and other electronic products from China and that has contributed immensely to this deficit in the last three years. The popularity of Chinese smartphone brands is a telling example of that and shows how much they have gained in market share in India. Not just consumers, but Indian companies too are benefiting from cheap Chinese imports, which now are expanding into capital goods sector as well. They will soon become a major player in the infrastructure sector as well. Besides seeking trade relaxation from China, India should also focus on improving its own house in order, promoting manufacturing and providing incentives for businesses, including from China to set up shops here," Deep Kisor-Datta Ray, Associate Professor, at the New Delhi-based O.P. Jindal Global University, told Sputnik.

In the last three years, China has topped the list of countries with which India has a trade deficit. The list includes South Africa, Iran, Russia, Canada, Japan and Australia as well. India enjoys favorable trade balance with the United States, United Arab Emirates, Bangladesh, United Kingdom and several other countries.

US Concerned Over India-China Standoff