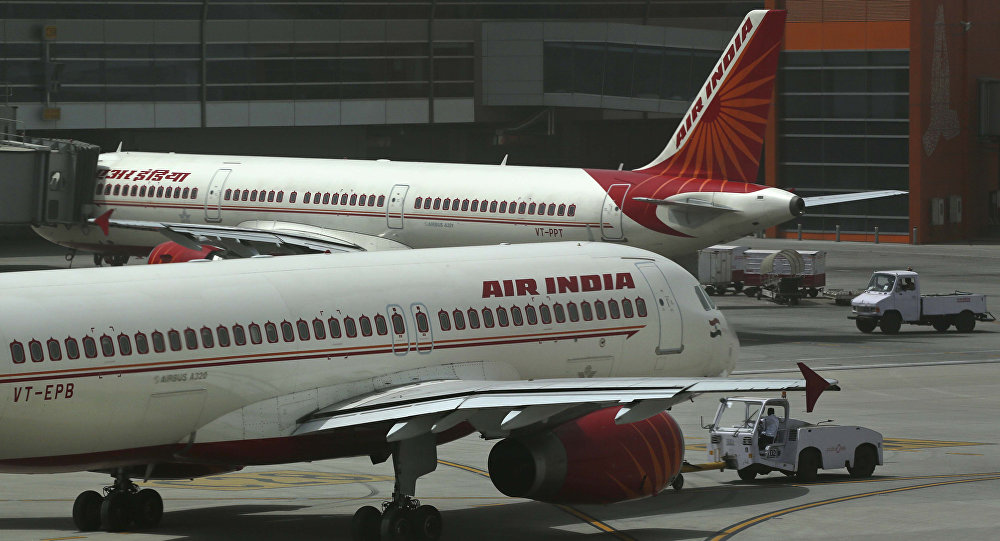 Two pilots working for Air India learned the hard way that using a basic checklist can be vital to the success of executing a task.

© AFP 2019 / RAVEENDRAN
Chopped: Air India Cuts Meat From Flight Menu as Financial Woes Mount
Taking off from Kolkata on July 22, the two female pilots began their nearly three-hour journey to Mumbai, but after traveling more than half way they realized they were running out of fuel shockingly fast, according to the Times of India.

Unaware of what the cause might have been they decided to make a pitstop in Nagpur, India, to refuel the plane before completing their flight. However, just as they were beginning to prepare for landing they realized what was wrong — their landing gear was never retracted.

"When preparing to land, they decided to lower the landing gear," a source told the Times. "At this point they realized that the wheels had been out all the while from Kolkata."

Ideally, pilots retract the plane’s wheels after takeoff. Considering the weight put on the flying bird, forgetting to do so resulted in the increased fuel consumption.

While the plane did make a safe landing in Nagpur, the pilots, who were flying with nearly 100 passengers, were put on leave.

© AP Photo / Arun Sankar K
Boeing, Airbus Face Probe in $10.6-Billion Deal With Air India
"The pilots were [taken off flying duty] after the incident was reported," said Dhananjay Kumar, a spokesperson for Air India, while announcing that an investigation is pending in a media release.

"After take off, both the women pilots forgot to retract the landing gear. As a result, the brand new Airbus A-320 continued to ascend at a very low climb rate," the Times’ source explained. "The plane finally gave up climbing after reaching an altitude of 24,000 feet as the extended landing gear meant very heavy drag."

As Air India looks into the matter, it’s safe to say these pilots won’t ever forget to check off the status of the landing gear when and if they’re ever given back their wings.