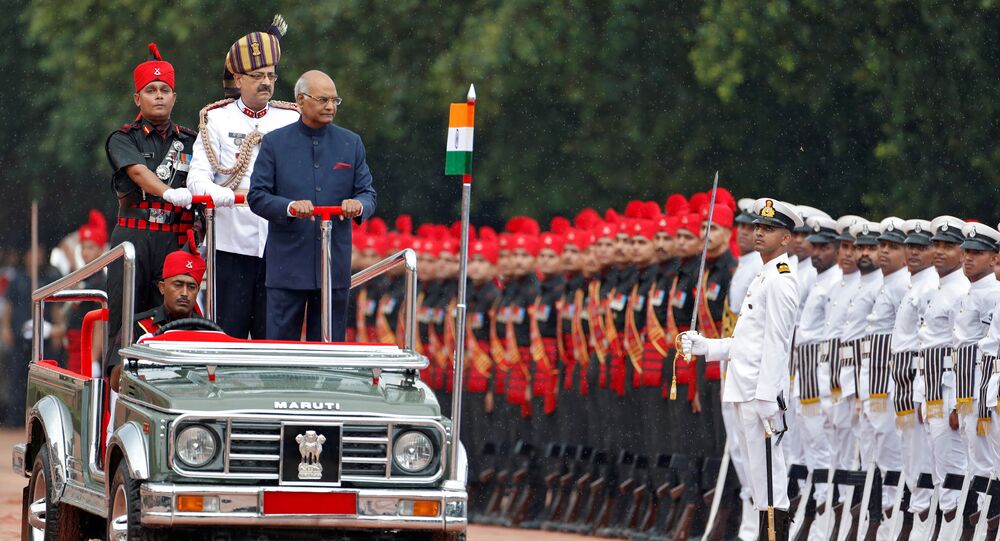 New Delhi (Sputnik) — A lawyer, Kovind has been a longtime advocate of egalitarianism and integrity in Indian public life and society. His role will be crucial since many regional governments in the recent past have accused the Narendra Modi government of destabilizing them using the governor's office.

​Soon after taking charge as President of India, Kovind made an exemplary speech wherein he promised to stay true to the path laid by his predecessor and freedom fighters. "I grew up in a mud house, in a small village. My journey has been a long one, and yet this journey is hardly mine alone. It is so telling of our nation and our society also. For all its problems, it follows that basic mantra given to us in the Preamble to the Constitution — of ensuring Justice, Liberty, Equality and Fraternity and I will always continue to follow this basic mantra," Kovind said.

​Kovind will serve as President till 2022, the term lasts five years, during which he will have to play a significant role in the 2019 general election and state elections. In India, the Constitution bestows a very limited role to the President but during political crises when no political parties received mandate in the elections, the President has the power to decide which party is in the best position to form a government.