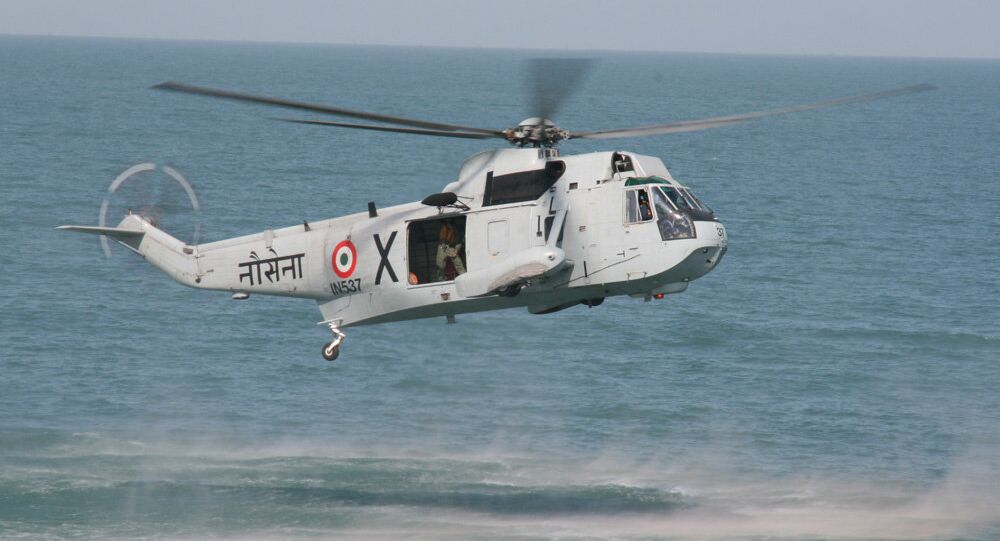 Purchased from the US for enhancing the utilization of Indian Navy’s ship the US-made INS Jalashwa, six Sikorsky helicopters have failed to maintain desired levels of serviceability in six of seven years of its operations.

© Flickr / Martijn
Raytheon Wins US Navy, Saudi Support Contract for Sikorsky H60 Helicopters
New Delhi (Sputnik) — The helicopters, the UH-3Hs, were bought as an integral part of Austin-class LPD Trenton. The Comptroller and Auditor General (CAG), India’s apex auditor, has found that serviceability — the availability of helicopters at any given time — of the US-made helicopter was as low as 27.10% in 2015-16 which is seriously affecting optimum utilization of the LPD. Serviceability of the helicopter remained ‘unsatisfactory’ i.e. below the level of 50% since the purchase.

“The average serviceability levels of the helicopter fleet remained unsatisfactory in six of seven years of its operation, since commissioning of the squadron in March 2009, despite reducing the number of helicopters for squadron operations to three against the sanctioned unit establishment four helicopters,” the audit report no.20 of 2017 related to Navy and Coast Guard observed. Of the total designated life of 17,000 hours, helicopters had already exhausted 15,000 hours and were available for 2,000 hours more.

© AP Photo / Mahesh Kumar A
India Scraps One Billion Dollar Deal of Multirole Helicopters With Sikorsky
India had acquired six UH-3Hs for the Austin-class ship renamed INS Jalashwa at $30 million from the US government. These helicopters were bought to provide an all-weather day and night assault transport of combat troops, supplies and equipment, and were received in September 2007.

The Indian auditor had warned the Indian Navy about the purchase of more than 50-year-old helicopters but the defense ministry had stated that the procurement of UH-3H helicopters was a considered decision to provide an interim solution for onboard aircraft of INS Jalashwa.