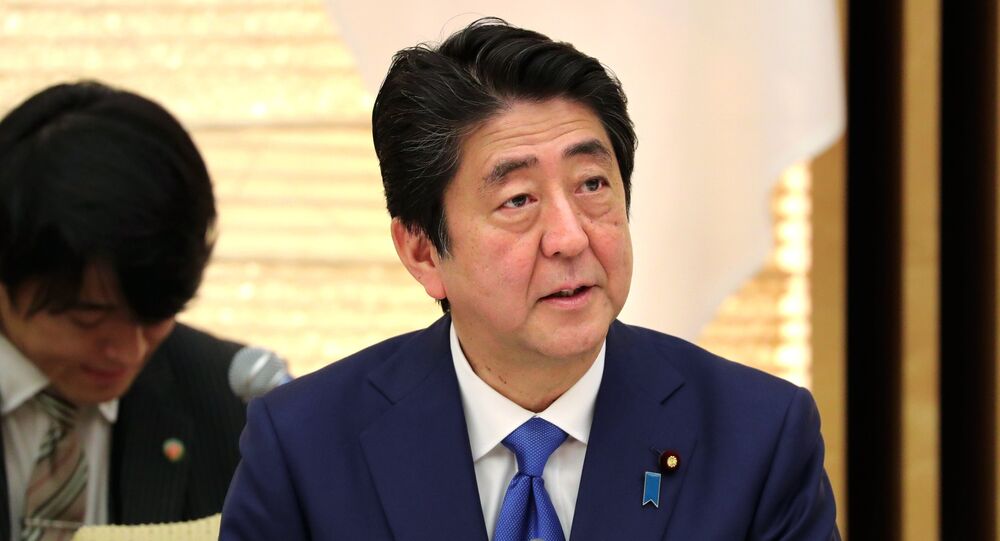 © AFP 2021 / Gaston De Cardenas
Japanese Prime Minister's Wife Fakes Ignorance of English for Donald Trump
MOSCOW (Sputnik) — In May, the education ministry's internal documents leaked in the media, showing that the government was providing preferential confiding for opening of the new veterinary department of Kake Gakuen educational institution, run by Abe's friend Kotaro Kake. The media reports has been plunged into scandal with opposition leaders accusing Abe of instructing the government officials to lobby in favor of his friend's institution.

"Mr. Kake [head of Kake Gakuen] has been my friend since our student days, but he has never tried to accomplish anything using my status and position… I have instructed [the officials to lobby for my friend's private university]," Abe told the House of Representatives Budget Committee, as quoted by the TBS broadcaster.

He stressed that there had been no request from Kake Gakuen to lobby in favor of the institution, and that he himself also did not intend to secure any privileges for his friend. He noted that the misunderstanding might be caused by the way he addressed the issue in the parliament.

"Since it is the issue regarding my friend, there is nothing surprising that it raises suspicions among the people. If Looking back, I think I have to frankly admit that my previous addresses [to the parliament] lacked perspective," Abe said.

© AP Photo / Shizuo Kambayashi
Japan's Public Support for Abe Gov’t Sinks to Record Low - Poll
Abe's appearance before the opposition lawmakers followed the defeats of his Liberal Democratic Party to the opposition party's candidates in mayoral elections in city of Sendai, in the northwestern Miyagi prefecture, and Tokyo metropolitan assembly election earlier this month. The ongoing favoritism scandal is said to cause the decrease of the party's support among the population.
...
Reddit
Google+
Blogger
Pinterest
StumbleUpon
Telegram
WhatsApp
0 0