The Indian Army has signed a memorandum of understanding with the Defense Research and Development Organization (DRDO) to raise a regiment of advanced Medium Range Surface to Air Missiles (MRSAMs) capable of shooting down ballistic missiles and aircraft.

New Delhi (Sputnik) — The regiment will be eventually raised to five and deployed on the China and Pakistan border. Five regiments will have 60 missiles, with each regiment equipped with four launchers with three missiles each. The total cost of the project is estimated at $2.5 billion and was approved earlier this year by the government of Prime Minister Narendra Modi.

The security environment around India’s borders with Pakistan is deteriorating, and a standoff with China in the tri-junction area is ongoing.

DRDO will partner with Israel Aerospace Industries (IAI) and private sector players to deliver this air defense system, which marks a paradigm shift in the capabilities of the Indian Army. It also fits well with PM Modi's Make in India initiative and help Indian companies empower in the field of high-tech weapon technology.

Each MRSAM system comprises a command-and-control system, a tracking radar, missiles and mobile launchers. Its current version is already operational with the Indian Air Force and Navy.

Indian experts note the progress in co-development of missile defense system between India and Israel as positive. 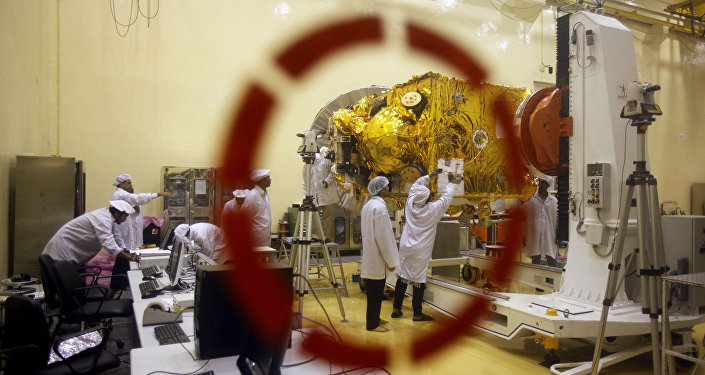 "From the weapons point of view, it is akin to upgrading the existing version of the system which is operational with the Air Force and Navy. But it is definitely positive from Indian point of view as Israel will be transferring technology to India like Russia has been doing for years. Both Russia and Israel are tremendously contributing to technological advancement of India's weapon systems. The focus on Make in India will contribute to improving local capabilities, especially in creating supply chain, fostering innovation and job creation at the private sector level," Group Captain (Retd.) Ajay Lele, Senior Fellow and Head of Centre on Strategic Technologies at the New Delhi-based Institute for Defence Studies and Analyses told Sputnik.

Last July, the IAI and DRDO conducted three flight tests of the MRSAM at the Chandipur integrated test range off the Odisha coast.

The missile successfully intercepted moving aerial targets in all three tests. The MRSAM is a land-based variant of the long-range surface-to-air missile (LRSAM) or Barak-8 naval air defence system, which is designed to operate from naval vessels.

Indian Troops Get Combat Helmets For the First Time in Decades