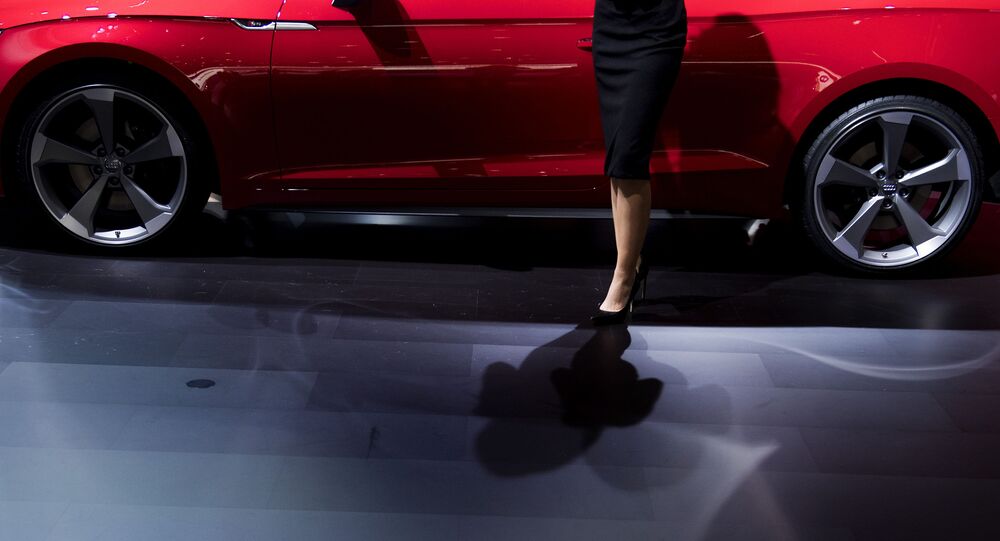 Audi is driving controversy on social media in China over a new commercial that compares women to second-hand cars.

© Flickr / drpavloff
US Charges Ex-Audi Manager Over Emissions Fraud Case - Justice Dept.
The ad, showing online and in Wanda Cinemas nationwide, depicts a wedding scene with a young bride and groom at the altar.

As they take their vows, the groom's mother rushes up to interrupt and begins examining the bride as if she was a racehorse — forcing her mouth open to check her teeth and looking behind her ears — all to the bride's discomfort.

The ceremony continues only after the mother approves, giving the camera an "ok" gesture.

However, the most cringe-worthy moment comes when the mother turns around and motions she forgot to check the bride's chest.

Soon after we hear a voiceover with tagline, “An important decision must be made carefully,” followed by a graphic for Audi’s second-hand vehicle website.

© Flickr / drpavloff
Audi Boss: Google Cars Will Spy on You, But We Won’t!
Outcry followed on Chinese social media. Netizens have called the ad "utterly inappropriate" and "sexist," calling for it to be taken offline.

"The commercial seems to simply pre-assume that only men are entitled to choose, to buy their cars and all, and women — like cars — can only wait to be chosen," wrote Sina Weibo user "chimianshaonv."

An Audi employee in China posted on Sina Weibo that the mother was "inspecting whether the bride had any plastic surgery done," adding the commercial "was not objectifying women," thepaper.cn reported.

Audi to stop assembling cars in Russia this year

Audi Plans to Relaunch Car Production in Russia in 2013