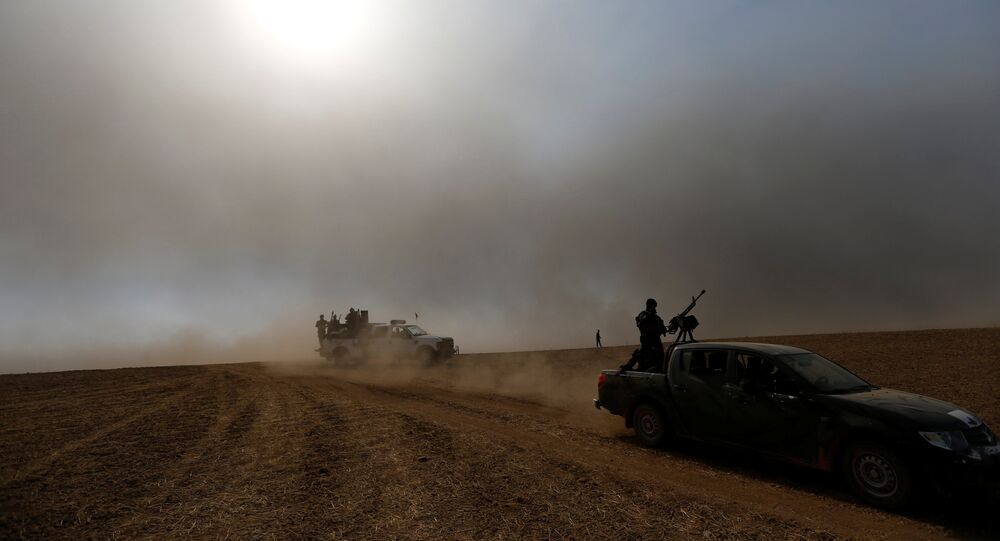 Iraqi ambassador to India, Fakhri H Al Issa has said that India had offered humanitarian and military support to Iraqi troops to fight against Daesh terrorists in Mosul, which was recently liberated by Iraq.

© Sputnik / Sara Nureddin
Iraqi PM Urges Turkish Troops to Withdraw Since Mosul Battle Ended
New Delhi (Sputnik) — Iraq is celebrating the liberation of Mosul from Daesh as a grand victory at its missions. The envoy said India had expressed keen support in the fight against Daesh for liberating the second largest city in Iraq after Baghdad.

“India had offered humanitarian and military assistance against Daesh forces in Mosul. India is assisting and collaborating with Iraq to counter Daesh forces in the region. Both the countries will discuss more about the nature of cooperation during the visit of our foreign minister,” Iraqi ambassador Fakhri H Al Issa told Sputnik.

“Iraqis have fought terrorism on behalf of the world, in a war that was, by all means, brutal and crucial. The liberation of Mosul City has evidently shown everyone that Iraqis were united in their fight against terrorism and that they are people of civilization and history,” Al Issa added.

“The united stand of the Iraqi political forces in the face of terrorism also gave our heroic soldiers an enormous momentum in achieving victory,” Al Issa said.

UN Estimates Up to $450Mln Needed for Families Displaced From Mosul