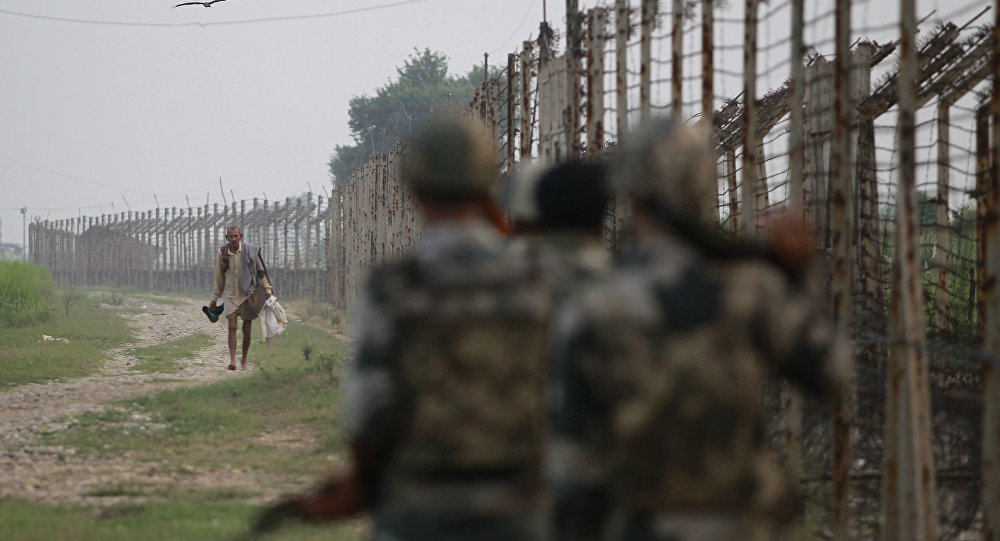 Pakistan has called upon the Indian Army for peace amid heavy cross firing at the border since a week. India has retorted by claiming that firing was only retaliatory. Both countries have accused each other of violating ceasefire.

New Delhi (Sputnik) — The Director General of Military Operations (DGMO) of Pakistan made an unscheduled call to his Indian counterpart Monday morning and accused India of targeting the Pakistani army and killing four of its personnel. The Indian DGMO is learnt to have said that it was Pakistan which initiated the firing in violation of the ceasefire and that the Indian forces only responded.

“During the talks, the Pakistani DGMO raised the issue of targeting of Pakistan Army troops which resulted in the death of four Pakistani soldiers and one civilian in Athmuqam Sector of Pakistan Administered Kashmir opposite Indian Keren Sector, Kupwara District,” Indian Army said in a statement.

Earlier on Sunday, the Pakistan Army claimed that Indian forces had targeted a military vehicle and that it had responded accordingly.

“Indian troops targeted an Army vehicle moving along LOC along Neelum River at Athmuqam. The vehicle fell into the Neelum river. Four soldiers drowned. The body of one martyr has been recovered, search for remaining 3 in progress. Ceasefire violation responded,” Pakistani Army’s statement read.

However, the Indian Army claimed that the firing was mainly targeted at armed intruders. “Firing by Indian troops was initiated against armed intruders when attempting to infiltrate from the close proximity of Pakistani posts along the Line of Control (LOC)” the statement read. 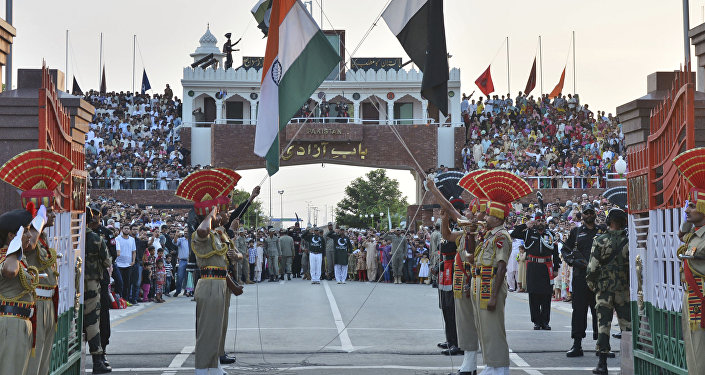 © AP Photo / Prabhjot Gill, file
Likely Thaw? India Releases 11 Pakistani Prisoners, Expects Same Response
India’s counter accusation came in the wake of the death of a five-year-old girl in the firing by Pakistani troops at the Line of Control (the de-facto border between India and Pakistan) in Jammu and Kashmir. A soldier was also martyred in the firing. The Indian Army claimed that a civilian was heavily injured when mortar shells fired by the Pakistani forces landed on his bunker in Bhimber Gali sector of Jammu and Kashmir. Five days ago, two Indian soldiers were killed during cross- border firing at Kupwara sector.

The last conversation between the DGMOs of India and Pakistan was on June 5 this year at the behest of the Pakistani side during which both sides discussed the current situation along the Line of Control. According to the South Asia Terrorism Portal, forty security personnel and thirty civilians have been killed in Jammu and Kashmir this year till now, which is the highest in the last few years.

India and Pakistan have fought three wars over Kashmir, which stems from the unfinished business of the partition of British India in 1947.