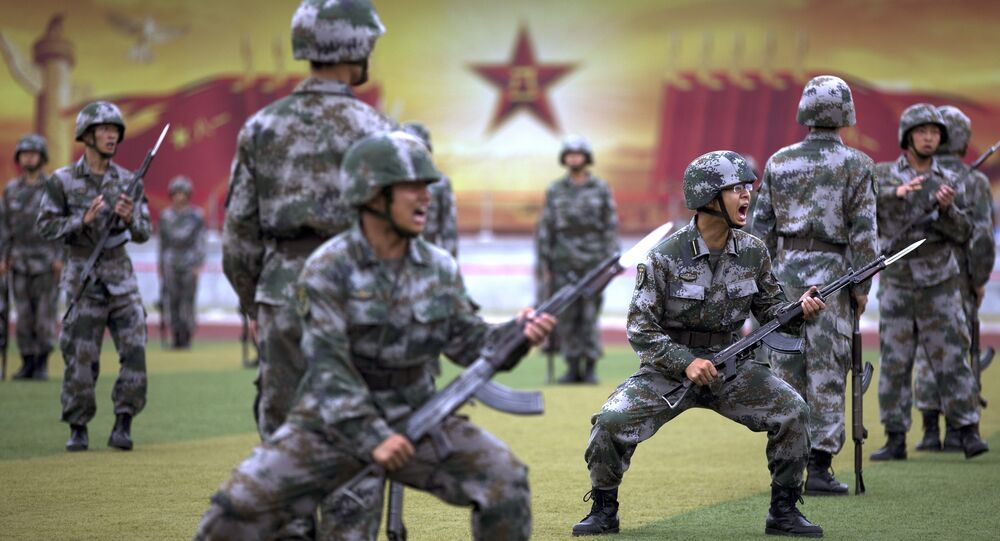 China is planning to cut down its 2.3 million-strong military, the world's largest, to below one million in the biggest troop reduction as part of a restructuring process. Indian experts said the People's Liberation Army (PLA) downsizing has implications for India and the wider region.

New Delhi (Sputnik) — The PLA will increase the numbers of other services, including navy and missile forces, the PLA Daily, the official newspaper of the Chinese military, reported.

"The old military structure, where the army accounts for the vast majority, will be replaced after the reform. The reform is based on China's strategic goals and security requirements. In the past, the PLA focused on ground battle and homeland defence, which will undergo fundamental changes," the report said.

"This is the first time that active PLA army personnel would be reduced to below one million," it added.

© AFP 2021 / Tauseef MUSTAFA
India Allows Local Army Unit to Procure Arms, Ammunition for Short War
The report said the number of troops in the PLA Navy, PLA Strategic Support Force and the PLA Rocket Force will be increased, while the PLA Air Force's active service personnel will remain the same.

The PLA Daily article also said that China's interests are spread around the globe and needed to be protected.

Indian experts said New Delhi needs to factor in PLA's modernization plan as it is augmenting its capabilities for power projection across the globe, including the Indian Ocean.

"China has been carrying on its military's modernization plans from the last few years and the focus is shifting towards augmenting power projection capabilities beyond its shores. The PLA currently is essentially centered on land and defending borders. But if China is aiming for global dominance, it needs to strengthen is naval capabilities, which are, at present, at par with India. But given our slow procurement processes, the gap between the two navies could widen in the medium term," Dr. Smruti Pattanaik, Research Fellow at the New Delhi-based Institute for Defence Studies and Analyses, told Sputnik.

Beijing to Slash Size of Chinese Army, Largest in the World, in Half