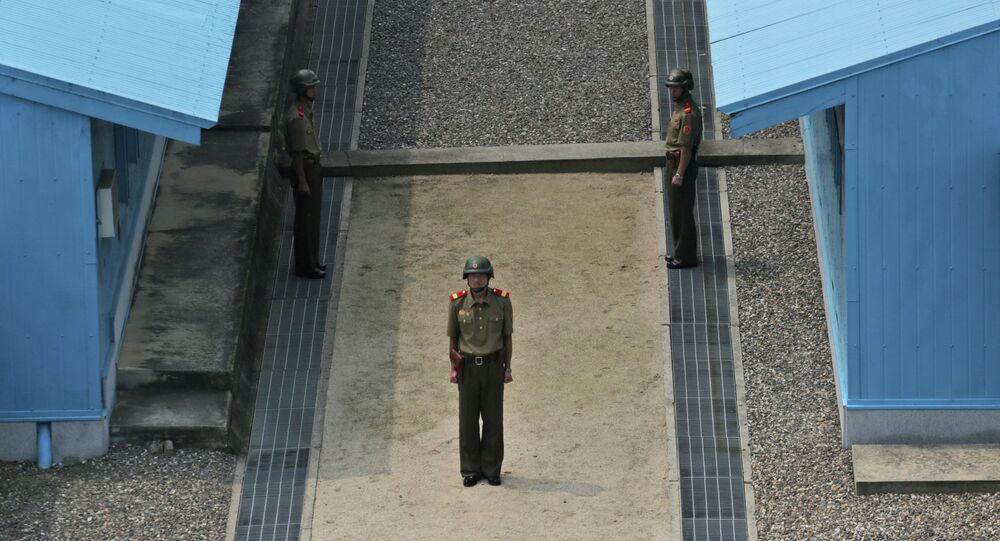 As North Korea tightens control over the border it shares with China, the number of defectors headed for South Korea has seen a sharp decline.

Nearly all defectors to the South first stop in China, as the Demilitarized Zone (DMZ) that separates the Democratic People’s Republic of Korea (DPRK) from the Republic of Korea (ROK) is one of the most fortified places in the world.

One North Korean soldier in June braved the 155 mile-long barbed wire and landmine-fortified DMZ to cross into the South, the third soldier to do so in as many years. The soldier crossed the military demarcation line (MDL) through the DMZ’s middle sector.

A South Korean official said that Pyongyang’s "tightened grip on the population and strengthened border controls add to the risks for potential defectors to take the plunge," according to AFP.

A defector isn’t necessarily in the clear when they arrive in China, as they can still be repatriated back to the North if apprehended.

According to statistics compiled by Seoul’s Unification Ministry, 593 people came into South Korea from North Korea between the beginning of the year and the start of June, signalling a 20.8-percent drop from the same period last year.

Since men are more quickly recognized as being absent from work units in North Korea, women constitute 85 percent of defectors.

The Tumen River forms the North’s border with China, and Pyongyang has been installing electric fencing and strengthening border controls there since late 2015, according to a report from the Korea Institute for National Unification, a think tank funded by the South Korean government.

Many defectors from the North left in the 1990s during a period of famine in which between 600,000 and 3.5 million people died, and 30,805 people have fled to the South in total since the country split in 1953 following the Korean War.

Since assuming power as the North’s supreme leader following the death of his father Kim Jong-il, Kim Jong-un has increased border controls and has reportedly ordered crackdowns on defectors.

The number of defectors peaked in 2009.