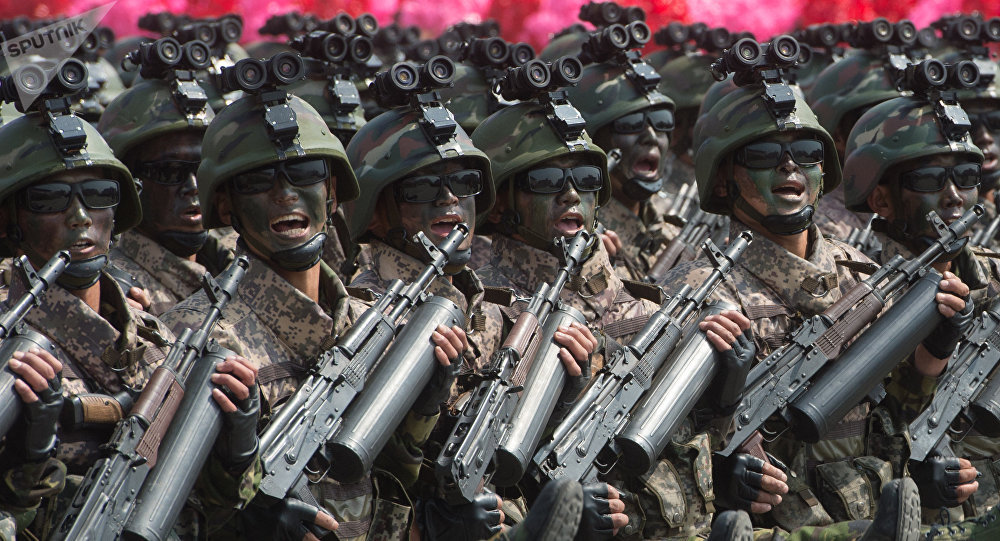 This week, the US, France and the United Kingdom called for the adoption of a new sanctioning resolution of the UN Security Council on North Korea to answer for its July 4 missile test. Political observer for RIA Novosti Ilya Kharlamov reviewed whether the US is ready for more active, military measures against Pyongyang.

The Russian Defense Ministry, however, informed that North Korea had tested a mid-range, and not intercontinental, ballistic missile.

A Voronezh-type radar station deployed in the Irkutsk region monitored the launch of the Hwasong-14 medium-range ballistic missile from North Korea, which flew about 14 minutes, about 510 kilometers (317 miles) far and 535 kilometers (332 miles) high, landing in the Sea of Japan, the ministry said in a reference, which, together with a schematic illustration showing flight parameters, was sent to the UN Secretary General and to the Chairman of the Security Council.

The launch was discussed at an emergency meeting of the UN Security Council on July 5. The United States, France and the United Kingdom called for the adoption of a new sanctions resolution by the Security Council as the answer to the missile test. Japan and South Korea also joined the call. 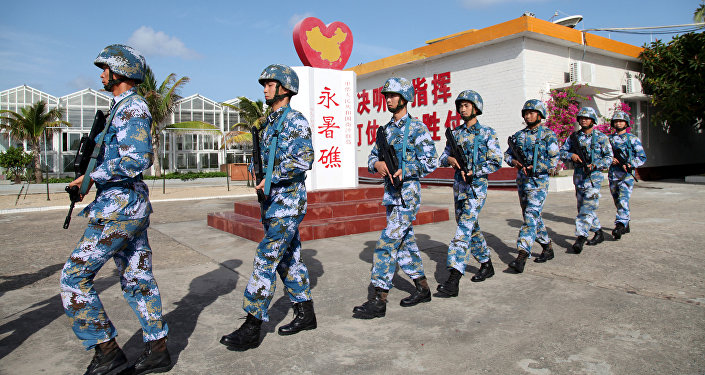 © REUTERS / Stringer
China Reduces All Military Contact With North Korea to Zero Amid Escalating Crisis
Nikki Haley, the US ambassador to the UN, fiercely condemned the launch and threatened that her country will take military action against North Korea if necessary.

"Their actions are quickly closing off the possibility of a diplomatic solution," she said, noting that America has "considerable military forces. We will use them if we must. But we prefer not to have to go in that direction."

She also warned countries that continuing to trade with North Korea could cost them commerce with the US — a swipe at China, which is North Korea's largest trading partner.

"There are countries that are allowing, even encouraging, trade with North Korea in violation of UN Security Council resolutions," she said.

"Such countries would also like to continue their trade arrangements with the United States. That's not going to happen."

Russia's Deputy Ambassador to the United Nations Vladimir Safronkov said Russia objects to any attempts to strangle North Korea with economic sanctions, as millions of people in the country are already in humanitarian need.

© REUTERS / KCNA
The ‘Gift’ That Keeps on Giving: North Korea Hints at More Missile Launches
"Sanctions will not resolve the issue," he said.

Vladimir Safronkov called on all nations to act with "restraint rather than provocation and war-mongering" and reiterated Russia's joint proposal with China to suggest to North Korea that it halt ballistic and nuclear programs in exchange for a halt to US-South Korean military exercises.

That idea has been rejected by the US and South Korea in the past, who say halting their legal defensive military exercises in exchange for a freeze on North Korea's aggressive illegal missile and nuclear programs is a false equivalence.

Russia and China also call for the US and South Korea to halt the deployment of THAAD, a missile defense system in South Korea.

"The deployment of the THAAD anti-missile system in Northeast Asia seriously undermines the strategic security interests of regional countries, including China. As such, it is not conducive to the realization of the denuclearization of the Peninsula and of regional peace and stability," the Chinese ambassador told UN Liu Jieyi.

© REUTERS / KCNA
North Korea Closes Off Diplomacy, Military Options on Table, US UN Ambassador Says
"The latest meeting of the UNSC on North Korea has been a landmark one," Ilya Kharlamov said in his analytical article for RIA Novosti.

"Not only because it was an open one. The key players have finally clearly and publicly voiced their positions on the settlement of a dangerous crisis on the Korean Peninsula. And these positions are diametrically opposite," he said.

The US has nothing better to do than continue its usual policy of pressure and threats towards Pyongyang, he further explained. This time the US went even further and officially warned about the possibility of settling the issue militarily. It will take a military action against North Korea if necessary. Nikki Haley however did not specify what kind of necessity it could be, Kharlamov said.

"The US decided 'tighten the screws' by using their standard 'pipe wrenches.' It did not take into account an absolute unsoundness of such policies, which it should have learnt on the example of Russia or Cuba," the author said.

He also noted that Beijing and Moscow acted as united front, with an absolutely different, well-balanced and constructive agenda, which has become a logic extension of the recent negotiations in North Korea between Presidents Putin and Xi Jinping.

"Counter to the clear and realistic Russian-Chinese plan, the US is putting forward its ambitions and stereotypes of its foreign policy. Both are based on some phobic confidence that any issue, sooner or later, could and should be solved militarily," Kharlamov said.

© REUTERS / Stephanie Keith
US to Share Intel on North Korea With Russia, But Keeps Its Plans Secret
So far, Washington has not resorted to a strike, even though it deployed its warships to the North Korean shores a couple of months ago, he noted.

"It might have got scared that Pyongyang might respond. It is not Syria with its limited capabilities and is able at least to strike at the US military bases in South Korea and Japan," the author said.

However, you never know whether the US will have enough adventurism and imprudence to take a tragic decision and apply force, which will almost certainly incite a large, if not a global conflict, the political observer said.

"However, a considerable part of Washington's establishment are "hawks" only verbally. They are more prone to adopt the styles of a so-called 'political Hollywood', based on partially real or absolutely unreal blockbusters. Incredible as it may seem, they are, in fact, the real American 'doves'," Kharlamov concluded.

© AP Photo /
US 'Needs to Learn Lessons of Pearl Harbor' After North Korea Missile Launch
Meanwhile, the commander of US forces on the Korean Peninsula Gen. Vincent Brooks has recently said that the only thing holding back the US and South Korea from renewing their war against North Korea is self restraint."

"Self-restraint, which is a choice, is all that separates armistice and war. As this Alliance's live missile live firing shows, we are able to change our choice when so ordered by our Alliance national leaders," Gen. Vincent Brooks, the commander of US Forces Korea, Combined Forces Command and United Nations Command wrote in a joint statement with Gen. Lee, Sun Jin, Chairman of the Republic of Korea Joint Chiefs of Staff, which was posted on the website of US Forces Korea.

"It would be a grave mistake for anyone to believe anything to the contrary," he said.

"As the combined live fire demonstrated, we may make resolute decisions any time, if the Alliance Commanders in Chief order. Whoever thinks differently is making a serious misjudgment,” he added.