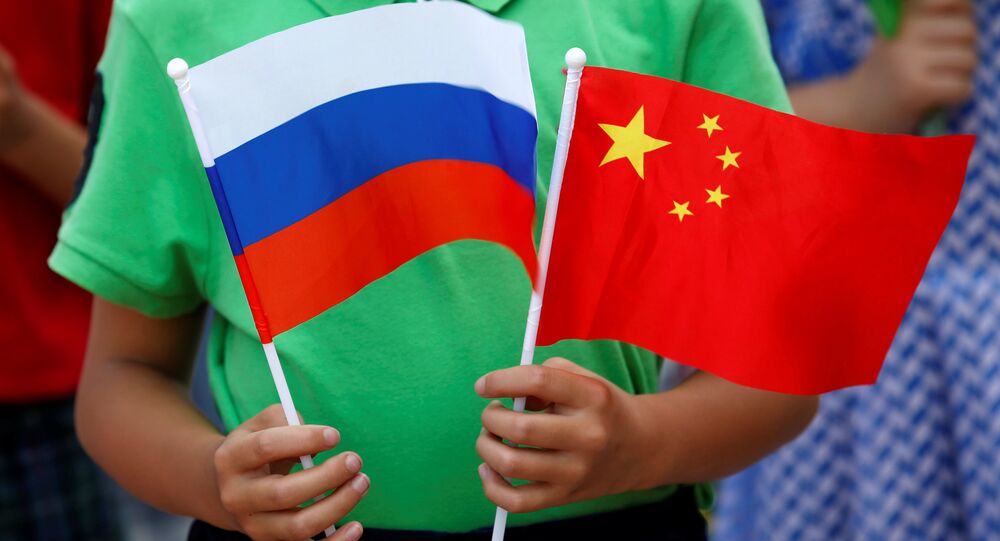 The Moscow-based Chance Bookuu, a bookstore that sells China-related books in the city center, now acts as a window for Russian public to learn about Chinese culture. It enhances China-Russia cultural exchanges, mutual understanding as well as friendship between the two peoples.

© REUTERS / Edgar Su/Files
Great Wall of Culture: China Builds Online Encyclopedia to Rival Wikipedia
The China Culture Week and a China-related book exhibition were opened on Monday at the store, during which a total of 492 Russian-language books about China and Chinese culture, as well as more than 5,000 books in Chinese were on display.

The Chance Bookuu, established one year ago against the shrinking number of entity bookstores, has risen to popularity.

Last Saturday, Russian readers came to buy the Stories Told by President Xi Jinping, a book compiled by the People’s Daily, which hit the store shelves last Friday, said Mu Ping, the Chairman of the Board of Russia Chance International Publishing Corp, which owns the Chance Bookuu bookstore in Moscow.

He added that the book was available to Russian readers in less than one month after it was published.

“We are pleased to see the book related to President Xi Jinping in Moscow, which enables Russian citizens to learn about China’s political and economic direction and the prospect for China-Russia cooperation through reading the books,” Vladimir Sakohalovi, professor at the School of Asian Studies of the National Research University Higher School of Economics, told the People’s Daily.

More Russian residents are learning Chinese due to multiple reasons like strong interest in Chinese culture, better job opportunities after mastering Chinese and willingness to involve in works related to China, said Victoria, adding that the rising number is also attributed to the increasingly closer China–Russia ties.

The Russians’ stronger interest in China and bullish bet on China-Russia friendship will take the bookstore towards a better prospect, the manager added.

More than 160 events related to Chinese culture have been hosted by the bookstore on a weekly basis, with the themes covering tea-making demonstrations, exhibition of Chinese paintings, reading and listening course on Chinese and appreciation of Chinese poetry.

Those activities, open to the public for free, attracted over 7,000 participants each year.

The director added that there are reasons to believe that this road will greatly promote the China-Russia cultural exchanges and will contribute to mutual understanding as well as friendship between the two peoples.

This article, written by Xing Xue, was originally published in the Global Times.

Chilean Journalist: 'Russia Fascinated us With Its Fantastic, Great Culture'