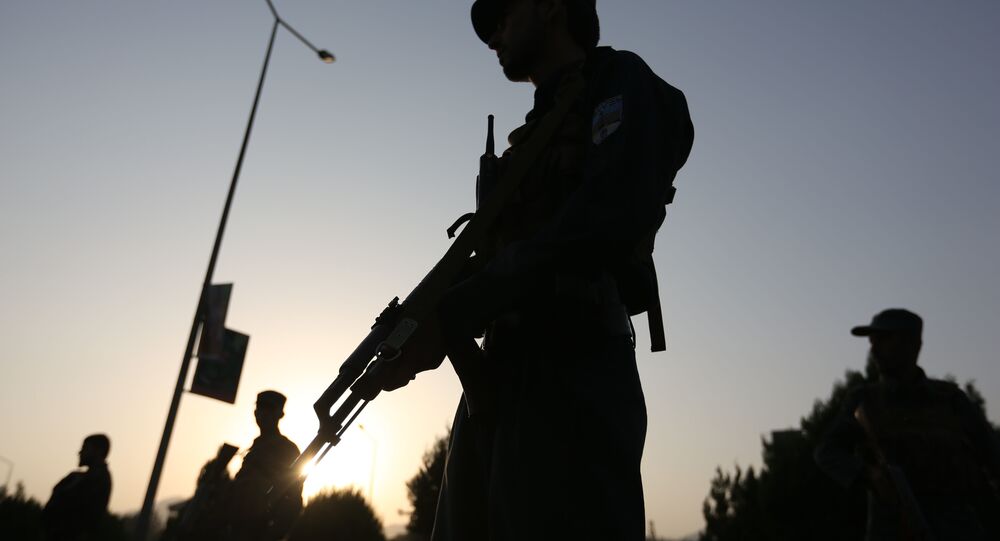 The Afghan forces killed seven militants, who attacked a security check post in the northern Afghan province of Faryab, according to local media.

MOSCOW (Sputnik) — At least seven militants were killed after an attack on a security check post in the northern Afghan province of Faryab, local media reported on Thursday, citing police.

The attack lasted for several hours, taking place on Wednesday night in the Qaisar district, according to the TOLOnews broadcaster. The clashes reportedly claimed the lives of one civilian, while eight other attackers were injured.

© AFP 2021 / NOORULLAH SHIRZADA / POOL
Almost 100 Terrorists Eliminated in Afghanistan Over Past 24 Hours - Defense Ministry
No other details of the incident have been provided so far. The Taliban movement (a terrorist group, banned in Russia) has not claimed responsibility for the attack as of yet.

Afghanistan is suffering from an unstable political, social and security situation due to the activity of the Taliban, as well as the Daesh terrorist group, also outlawed in Russia.

Almost 100 Terrorists Eliminated in Afghanistan Over Past 24 Hours