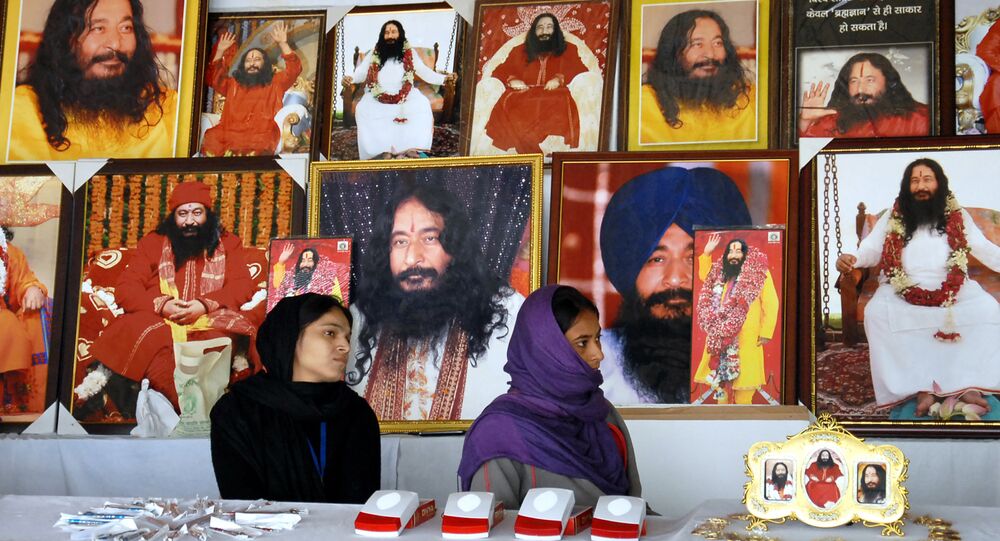 A protracted legal battle over whether the corpse of an Indian spiritual guru should be preserved or disposed of has come to an end with the court smashing the claims of his alleged son to cremate his body as per Hindu rituals.

© AP Photo / Sebastian Scheiner
India, Israel Set Up Research & Development Fund Worth $40 Mln
New Delhi (Sputnik) – The followers of Ashutosh Maharaj are reveling at the court order interpreting it as a validation of their belief that if preserved, the body of their guru will thaw his way back to life.

Ashutosh Maharaj, the founder of the Hindu sect Divya Jyoti Jagriti Sansthan (Divine Light Awakening Mission), was declared clinically dead following a cardiac arrest in January 2014. Soon after, the office-bearers of the sect claimed the Guru was not actually dead but had gone into samadhi (a deep meditative state) like the many spiritual leaders, who are known to have meditated without food and water for a long duration in the Himalayas and have returned.

Sect authorities claimed they had replicated Himalayan sub-zero temperatures inside Ashutosh Maharaj’s chamber at the sect’s sprawling retreat in Nurmahal, for him to peacefully continue his deep meditation. It was later revealed that his body was kept in a deep freezer in the heavily-guarded chamber.

Almost two months after his alleged death, Dalip Kumar Jha, a resident of another northern state Bihar, approached the Punjab and Haryana High Court, claiming that he was Ashutosh Maharaj’s biological son and that should be granted custody of his father’s body so that he may be cremated as per Hindu rituals. The three-year-long legal battle between Jha and the sect finally came to an end today with the court rejecting Jha’s appeal for lack of evidence.

Ashutosh Maharaj’s former driver Puran Singh also filed a separate petition seeking respectful cremation of the Guru. In December 2014, a lower court directed the government of Punjab state to perform the last rites of the Guru immediately. However, the state government chose to stay out of the matter, citing it was a religious issue where state intervention was uncalled for.

Meanwhile, leaders of the sect maintained that the body kept in the freezer was absolutely unsullied and that the Guru would come back to life on an unspecified date.

Ashutosh Maharaj has a massive cult following, mainly in Punjab and among the Indian Hindu community elsewhere in India and the world. He is one of the richest spiritual gurus of India with property estimated at US$ 120 million in India, the US, Australia, the Middle East, and Europe.

Contrary to his followers’ belief, there have been claims that the samadhi spectacle is the result of a succession dispute among the Guru’s disciples.

India Plans to Roll Out National GPS Next Year