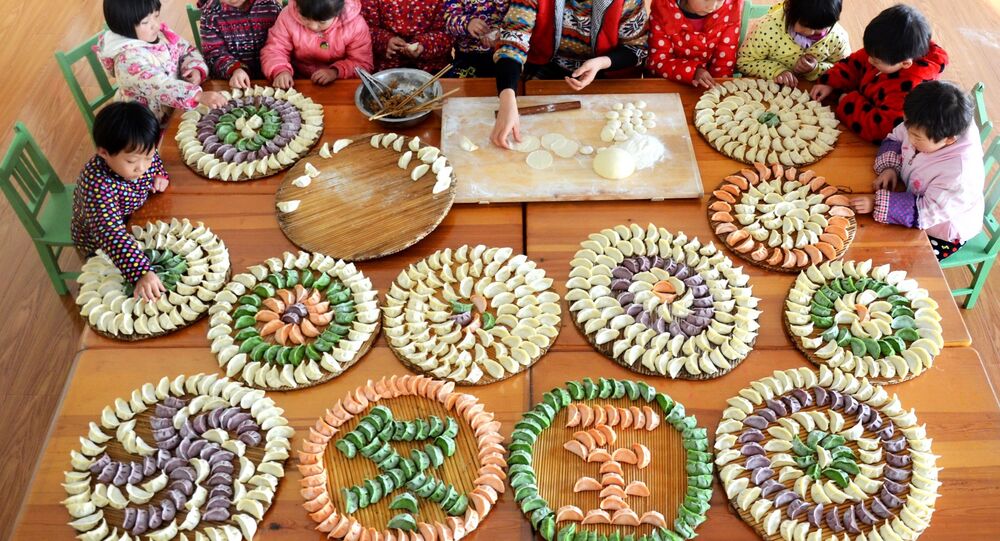 Zimbabwean Samantha Sibanda wants to alter perceptions of Africa in Asia by first inspiring the members of its diaspora.

For two days before the 2017 Pride of Africa Asia Awards in Beijing, Sibanda, its organizer, did not sleep. She was so committed to finalizing the finishing touches on the June 24 event that sleep became unimportant. But listening to her passionate welcome speech to the audience gathered that night, no one would have had any inkling of her fatigue.

The event, and many others like it, which Sibanda hosts under the banner of her Appreciate Africa Network, is a labor of love fueled by a desire to change negative stereotypes of Africans.

"The reason we are appreciating Africa today is so many times when you walk around in Asia, people when they see us, they either think we are teachers, or they think we are drug dealers," Sibanda explained to the audience. "No one believes that we are capable of doing something good [other than being a teacher]. So, in this forum today, I just want to tell each and every one of you to try and showcase the talent that Africa has — the talent that people are not talking about."

The only girl among eight children born to Elizabeth and Benjamin Sibanda in Bulawayo, the second-largest city in Zimbabwe, Sibanda, a mother of two, started learning Chinese to communicate better with the Chinese staff at a restaurant she frequented back home.

Later, as one of the first set of students to take language classes at the Confucius Institute at the University of Zimbabwe, she was invited to participate in its first cultural exchange trip about a decade ago.

While touring Guangzhou with the program, Sibanda was exposed to the many business opportunities and decided to create a plus-size clothing brand for her boutique back home. Two years later, in 2009, she decided to settle in China and moved to Beijing to work as a teacher. But the difference in the way she was treated compared to her white colleagues left a bad taste in her mouth.

"At my first job here in China they offered me 5,000 yuan ($737) and the white teachers were getting ten [thousand] and above," Sibanda said. "Teachers talk, and I felt bad."

The school would also deliberately leave her out of photo shoots for its marketing materials, and when summer came, they would make her prepare a curriculum and give it to a white teacher because she did not have the "right face" to teach summer camp students. Some parents would also object to a black woman teaching their kids.

It was hard, but Sibanda remained quiet. She channeled her hurt into earning a master's degree in psychology while working full-time as a teacher.

After graduating, Sibanda still found it difficult to get a suitable job, so she applied for an MBA through North China University of Technology and the Esuene Business School in Spain. But the racism from her classmates and teachers was worse. This time the people with the prejudices were foreigners.

"I was the only African and only black student in that class. From day one, no one wanted to sit with me. No one wanted to work with me," said Sibanda. "We only had two Chinese in my class. It was that bad."

Initially silent, Sibanda focused on the fact that she was getting the same quality education as her classmates, until one day a Spanish teacher went too far, and she erupted.

The topic of the class was stereotypes. The teacher went around the room asking about stereotypes and had prepared videos of the different countries. But when it came to Sibanda's country, instead of images of Zimbabwe, the teacher used images of the Maasai people in Kenya to represent all of Africa.

"She said 'imagine if you take this African man and put him in a car. He is more likely to die of a heart attack than if you put him in a den of lions,'" Sibanda recalled.

"I completely lost it. I won't lie. I walked out of the classroom and stayed away from school for a week."

It was like the entire world saw Africa as a dumping ground, Sibanda said, and it angered and disturbed her.

"That was when I decided that I would teach them. During an MBA, you have to register a company, so I registered the Appreciate Africa Network. I launched it on June 29, 2013. The reason I launched it was because of the stereotypes that people have of Africa."

Four years later, Sibanda still has that fire in her belly. Since then, she has staged an Africa Night Speech Contest in which students tell the audience and judges about their country, a Miss Plus Size event to address body shaming, and a Discover Africa Academy in addition to the Pride of Africa Asia Awards on a near annual basis.

She said getting support from members of the African community is often a challenge as some of them have disassociated themselves from the continent in order to get a better social footing. Some have even lied and said they are American or Caribbean to get jobs, she said.

"I blame the media. The only thing that they report on is disease and poverty. But Africa is 56 countries, and in the 56, there is a small area where people live in poverty. There are houses, infrastructure, wealth and minerals, but people don't want to talk about that," she said.

"It is important to clear up these stereotypes and misconceptions because it is not true. Also, the more people think lowly of Africa, the more they will never appreciate us because to them we are like slaves. They don't feel we deserve. Like I was saying about pay, to them it's like you are an African, [so whatever they give you] is enough because back home you have nothing."

During the event, Sibanda handed out 38 Pride of Africa Asia Awards to African students and embassies as well as non-Africans who are debunking stereotypes of the continent. More than a quarter of the audience was Chinese.

When asked what keeps her going, Sibanda said her kids and her love for her country suffice.

She said living in a foreign country has opened her eyes to some of the negative stereotypes of Africa and has forced her to dig deep to change the narrative.

"China made me love my country, maybe even more than I would have back home," she said. "China has given me that strength to stand up and be brave and tell people where I come from."

This article was originally published by Claudine Housen in the Global Times.