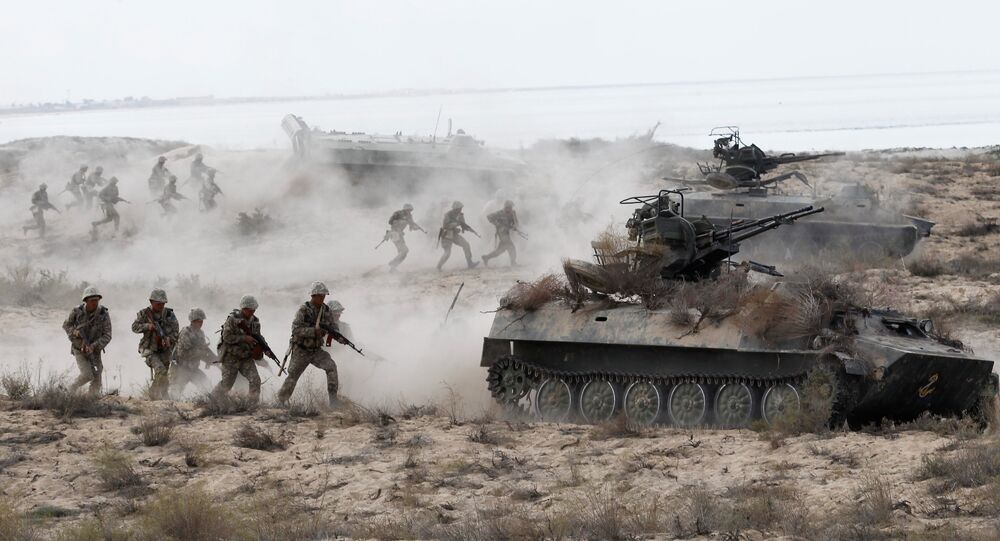 Kazakhstan is not considering sending troops to monitor de-escalation process in Syria as such a move should be authorized by the United Nations.

© AP Photo / Raad Adayleh
Russia in Talks With Kazakhstan, Kyrgyzstan to Send Servicemen to Syria - Senior Lawmaker
ALMATY (Sputnik) — Zhainakov commented on remarks by head of the Russian delegation at Astana talks Alexander Lavrentyev who said earlier in the day that Moscow would welcome Kazakhstan's decision to send peacekeepers to monitor the situation in de-escalation zones in Syria.

According to the June 23 statement by the Kazakh Foreign Ministry, an essential condition for considering the possibility of sending Kazakh peacekeepers to any hot spot in the world is the existence of a UN Security Council resolution and the corresponding mandate of the UN.

In June, the head of the defense committee of the State Duma, the lower house of Russia's parliament, Vladimir Shamanov, confirmed to Sputnik that Russia was holding talks with Kazakhstan and Kyrgyzstan to send their servicemen to Syria.