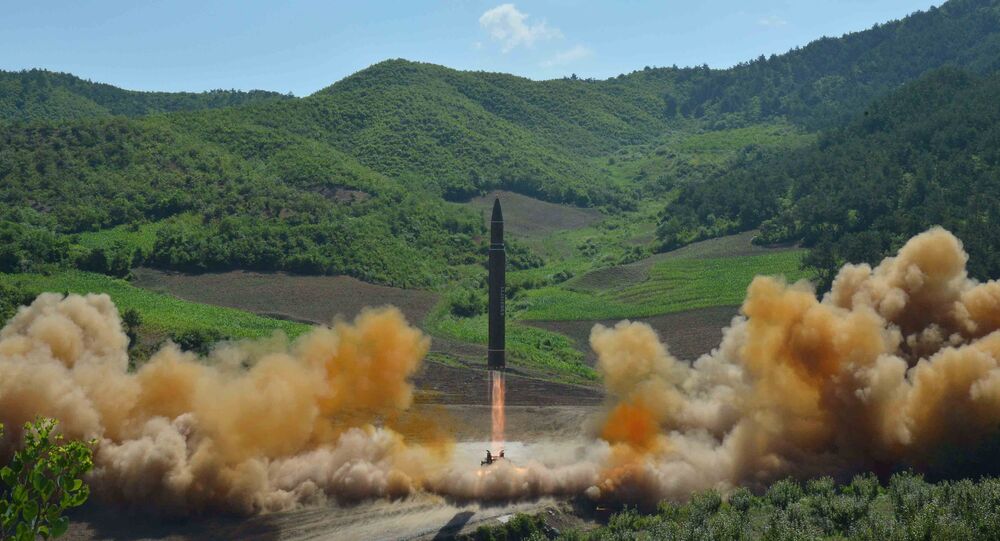 Tokyo issued a strongly-worded protest, calling the missile launch a violation of pertinent resolutions by the UN Security Council.

According to Tokyo's analysis, the Hwasong-14 missile was launched at a steep angle in a so-called lofted trajectory, just like the Hwasong-12 launched on May 14.

Meanwhile, the Russian Defense Ministry stated that the missile North Korea launched on Tuesday was indeed a medium-range missile, and not an ICBM.

"The parametric data of the ballistic target's trajectory matches the performance characteristics of a medium-range ballistic missile," it added.

“North Korea shows that despite US pressure, it is going ahead with its missile launches and is able to defend itself. I think that [US President Donald] Trump’s decision to wager his reputation on forcing Pyongyang to ‘break’ North Korea was a mistake because the North Korean regime is not faltering. Now that it’s armed with nuclear weapons as well as ballistic missiles, North Korea is not the kind of a country the US can break and force to give up on nukes by diplomacy alone,” Zhuravlev said.

He also said that if President Trump really wants to solve the North Korean missile problem, he should look for “finer instruments” than what he has been using so far.

© REUTERS / KCNA
Lavrov Says Russia Knows Type of Missile Launched by North Korea
“Trump is pinning his hopes on the influence China has on North Korea, but when Pyongyang realizes that its very future is on the line, no influence will make it change its mind. A more subtle tactic is needed to solve the problem and I think that the US President is making a mistake when he thinks that this is going to be an easy job to do,” Zhuravlev noted.

Tensions on the Korean peninsula have shot up in recent months following a series of missile launches and nuclear tests conducted by Pyongyang, all of which are accused of being in violation of UN Security Council resolutions.

The previous launch took place on June 8, when North Korea fired a volley of short-range anti-ship missiles, which flew some 124 miles before dropping into the Sea of Japan.