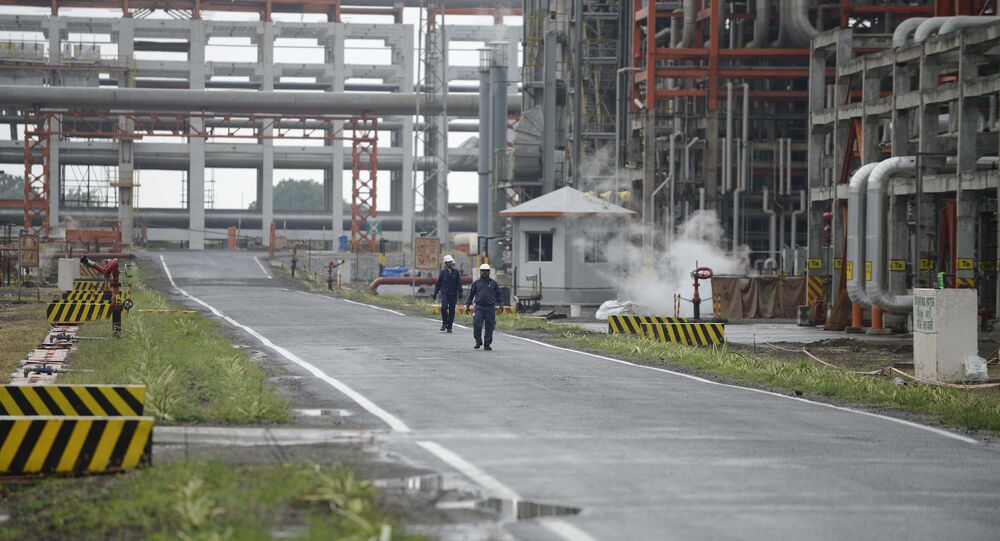 A week after US President Donald Trump suggested India purchase more energy from the US, the country's biggest refiner, Indian Oil, issued a tender to buy two million barrels of sour crude from the US and Canada.

© AFP 2021 / THIERRY CHARLIER
Ford to Be First Automaker to Import Cars Made in India to US
New Delhi (Sputnik) — Indian Oil intends to receive the sour crude from North American sellers at Paradip port between September 25 and October 4 or at Vadinar refinery in the western part of the country during the first week of October. Indian refiners are scouting for cheaper heavy crude oil grades from Iran and Iraq in recent years but now they want to diversify the import.

“Currently, Indian refiners are buying two-thirds of total imports from countries like Saudi Arabia, Iraq and Iran. Now, India is trying to diversify the supply sources of crude oil that we import. For this intention, Indian companies are scouting for energy needs from all parts of the world, including Russia and the US,” Narendra Taneja, India’s prominent energy expert, told Sputnik.

Indian Oil wants sellers to take responsibility for delivery at port mentioned in the tender. “Prices of crude are almost the same at all places. If the responsibility of delivery is with the sellers, then the expenses will be included in the cost of crude,” Taneja added.

Resource diversification is also part of India’s policy which it is applying its buying power to get best prices. “It has nothing to do with Middle East crisis as supplies were never interrupted in the past despite bad conditions in the region. It is part of our energy security strategy which intends to diversify the supply sources that we import,” Taneja said.