© AFP 2019 / MOHD RASFAN
Relatives of Missing MH370 Flight Passengers Launch Private Search for Plane
The aircraft was carrying 12 Malaysian crew members and 227 passengers from 15 nations and researchers haven't given up on finding the missing plane just yet.

Some believe it crashed into the Indian Ocean, but with the search cost reaching a whopping US$180 million, it was quickly suspended until researchers could offer a more refined search area.

In April 2017, Australia's Commonwealth Scientific and Industrial Research Organization (CSIRO) said that its recent analysis of drift patterns suggested that the original search area may have been wrong.

​Dr. David Griffin, from CSIRO, informed a national marine conference in Darwin, Australia that the research has been refined further.

"We think we know quite precisely where the plane is", Dr. Griffin said.

However, even though the location has been refined, researchers will still have to search a massive 25,000 square kilometer area. 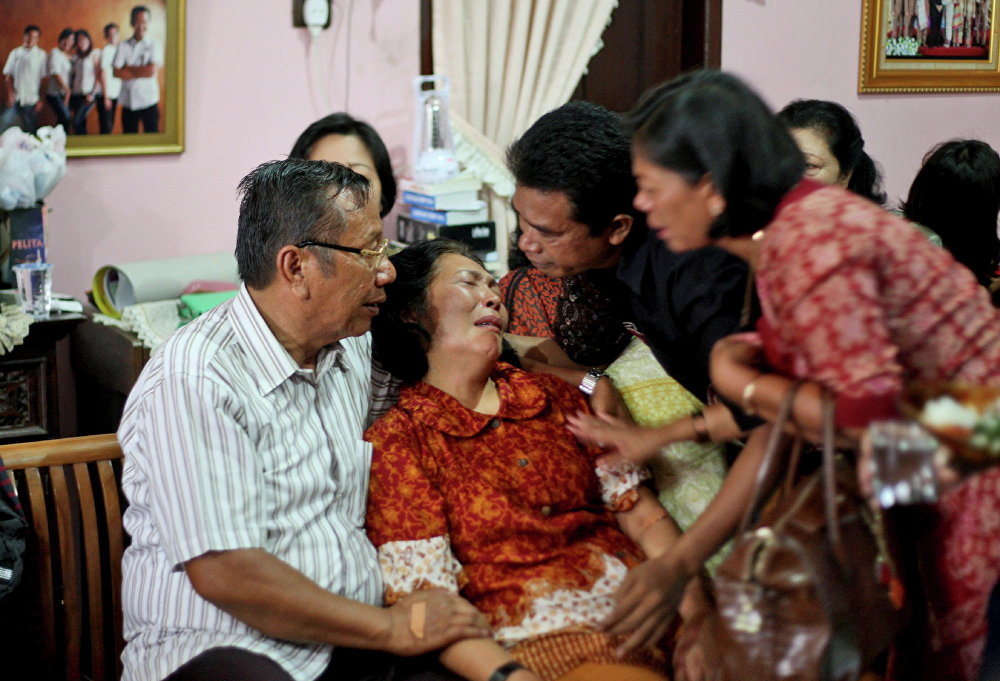 © AP Photo / Binsar Bakkara
Family members comfort Chrisman Siregar, left, and his wife Herlina Panjaitan, the parents of Firman Siregar, one of the Indonesian citizens registered on the manifest to have boarded the Malaysia Airlines jetliner flight MH370

The new research, according to Dr. Griffin, is a refinement of his group's previous drift modeling, which was based on the location and time a Boeing 777's flaperon washed up on Reunion Island in the Indian Ocean, as well as another piece of debris in Tanzania.

"There's a strong current crossing across the seventh arc at [latitude] 35 degrees south, so we think the plane crashed into that current going to the north-west", Dr. Griffin told the conference in Darwin. 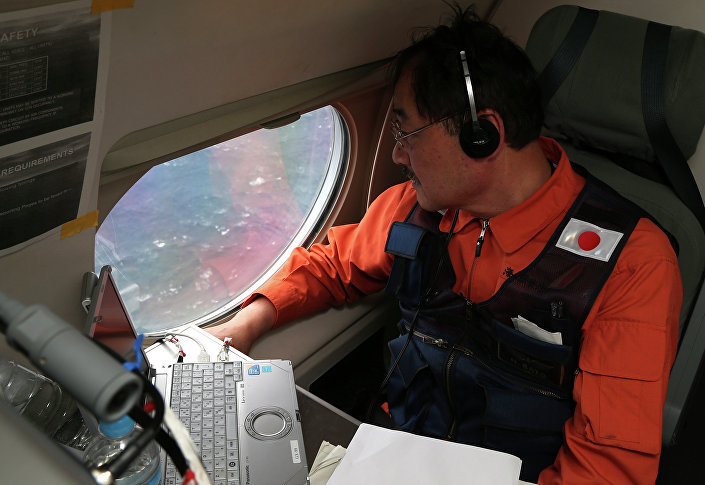 © AP Photo / Rob Griffith
Communications specialist Hidetaka Sato on a Japan Coast Guard Gulfstream aircraft, looks out of a window searching for the missing Malaysia Airlines Flight MH370 in Southern Indian Ocean, near Australia, Tuesday, April 1, 2014.
​The modeling also takes into account ocean currents since the crash, supplemented by satellite imaging to model the depth of the sea level "down to the centimeter," along with a high resolution map of the sea floor.
...
Reddit
Google+
Blogger
Pinterest
StumbleUpon
Telegram
WhatsApp
24