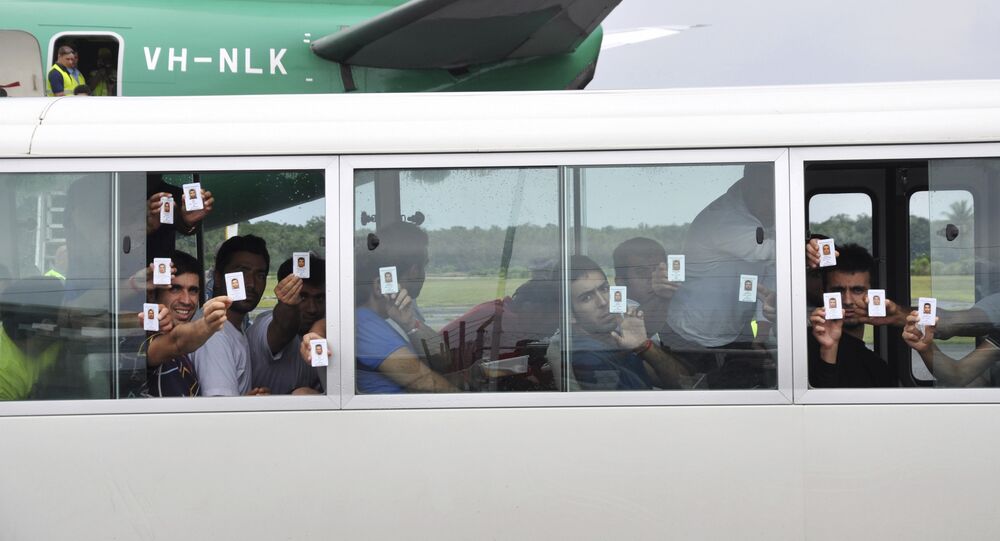 Where Now for Manus Island Refugees? | Uruguay-Brazil Clash over Venezuela
MOSCOW (Sputnik) — The Manus Island detention center in Papua New Guinea, operated on behalf of the Australian government, is gradually closing down despite refugees still dwelling there, unwilling to leave out of fear of attacks, media reported on Wednesday.

“The Manus RPC will close on 31 October 2017 … If you refuse to move to the ELRTC [East Lorengau Refugee Transit Centre on the outskirts of Lorengau, the capital of Papua New Guinea’s Manus Province] or ignore other directions given to you, your failure to cooperate will be noted. US authorities will take your history of behavior into account when deciding whether to offer you an opportunity to resettle in the US,” the document, posted at the detention center and published by The Guardian, reads.

The notice referred to last year's US resettlement deal for those on Manus Island and Nauru, Australia’s two offshore refugee centers, under which US agencies interviewed a number of refugees but have not taken in a single one so far.

© REUTERS / Refugee Action Coalition/Handout via Reuters
Watchdog Urges Relocation of Refugees From Manus Island After Shooting Spree
The camp is being progressively shut down, with English classes discontinued, generators removed, canteens de-stocked and buildings cordoned off, the newspaper reported.

The refugees in the detention center, which is isolated inside a military base, fear attacks similar to those that happened in late June, when refugees were attacked and robbed and one of them suffering knife injuries.

The Australian Senate member Nick McKim who recently visited the Manus Island detention center, reportedly said conditions where akin to torture, and refugees where being bullied and smoked out of the facility.

Since 2001, Australia has implemented the so-called Pacific Solution of placing asylum seekers in detention centers on Pacific islands. The Manus Island Center fell into disuse and was closed down in 2008, only to be reopened in November 2012 because of a large number of arrivals.

In April 2016, the Supreme Court of Papua New Guinea declared the Manus Island Center illegal due to breaching the right to personal liberty stated in the country’s constitution. Since then, Papua New Guinea began negotiations with Australia on the closure timeframe.