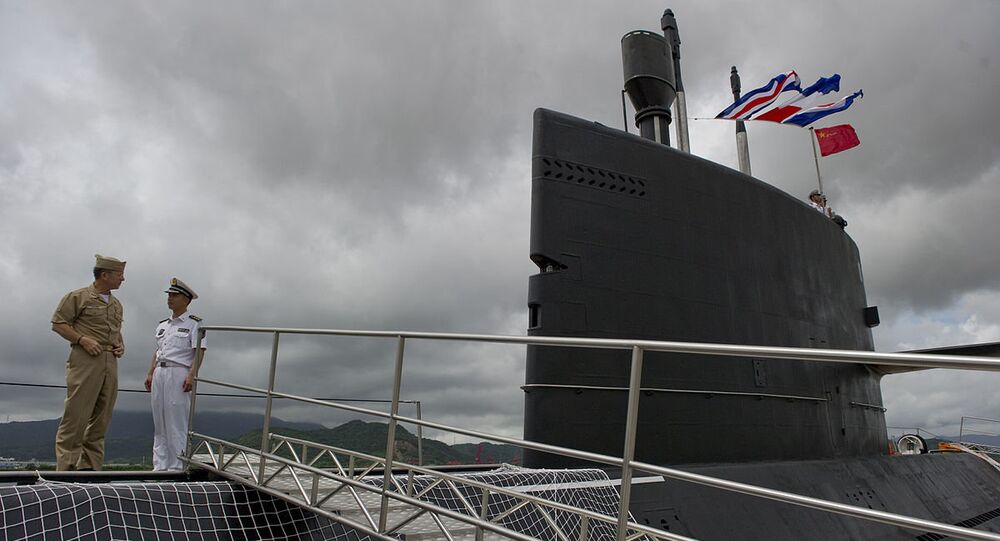 A week before the trilateral naval exercise between India, the US and Japan begins in the Indian Ocean, China sent its Yuan class conventional diesel-electric submarine in the Indian Ocean with submarine support vessel Chongmingdao and intelligence-gathering ship Haiwingxing.

© Sputnik / Vitaliy Ankov
Russia, India to Hold Joint 'Indra' Military Drills in Fall
New Delhi (Sputnik) — Naval officials in Delhi downplay this deployment but 13 Chinese naval ships, tracked over the last two months by Indian naval satellite GSAT-7 and long-range maritime patrol aircraft like P-8I, must raise alarm bells for Indian authorities when both the nations have been engaged in a war of words and tensions on the eastern border. The India-US-Japan Malabar exercise in the Bay of Bengal is scheduled to begin next week.

Earlier in April this year, India's permanently deployed P-8I maritime surveillance and attack aircraft in the Andaman and Nicobar Islands near the Strait of Malacca intercepted a Yuan class conventional submarine which was deployed to check piracy activities. Thereafter, the Indian Navy decided to send additional warship near Strait of Malacca as permanent deployment to keep tabs on ship movement between the South China Sea and the Indian Ocean through world's busiest shipping route.

"The Chinese "facility" in Djibouti has already emerged as a full-fledged 'military base', notwithstanding what nomenclature Beijing accords it. Gwadar is sure to follow suit, particularly considering that Pakistan would be only too happy to oblige due to its strategic considerations, unlike the government in Djibouti that possibly buckled merely under Beijing's financial pressure," Captain Gurpreet S Khurana (Indian Navy), Executive Director, National Maritime Foundation, told Sputnik.