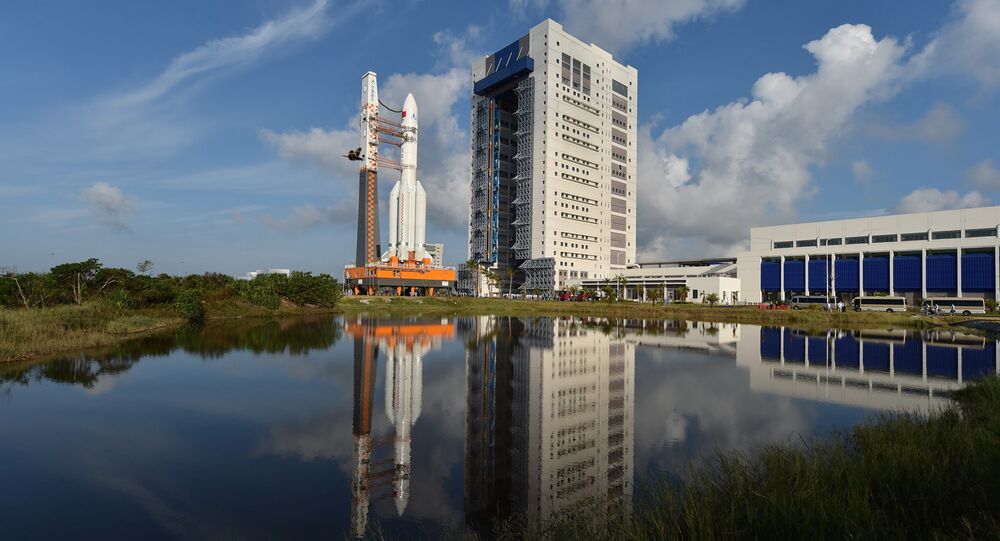 Chinese Space Program: From Setback, to Manned Flights, to the Moon

The past decades have seen China making great progress, both economic and also in the field of space exploration. The construction of new space launch centers, ambitious lunar and Mars exploration programs and regular spaceflights are quickly bringing the country up to par with Russia and the US.

Sunday’s launch of the Changzheng 5 (Long March 5) heavy-lift rocket from the Wenchang space center on Hainan Island, already the second since November 2016, brought together an eager crowd of reporters representing the world’s top media outlets.

© REUTERS / Stringer
China's Launch of its Largest Ever Carrier Rocket With Satellite Unsuccessful - Reports
The LM-5 rocket carrying the Shijan-18 telecommunications satellite lifted off at 19:23 local time [11:23 GMT]. About 30 minutes into the flight something went wrong and Xinhua news agency later reported that "an anomaly occurred during the flight of the rocket."

The incident is under investigation and the authorities have yet to comment on the possible causes of the incident or its possible impact on the program as a whole.

One of the biggest fortes of the 879-ton rocket is that it uses environmentally friendly fuel, including kerosene, liquid hydrogen, and liquid oxygen, rather than highly toxic propellants.

Unfazed by Sunday’s setback, China now has its eyes on the November launch of a third Long March 5 rocket with the Chang’e 5 rover to land on the Moon, collect samples of lunar rock and return to Earth.

Xu Yansong, Director for Space Cooperation Division at China’s National Space Administration (CNSA), earlier told Sputnik that the launch of the Chang’e 5 was scheduled for November 30.

Chinese specialists have until then to figure out the causes of Sunday’s failed launch and make sure that such incidents never happen again.

In an interview with Sputnik, Alexander Zheleznyakov, a member of the Tsiolkovsky Academy of Cosmonautics in Moscow, said that Sunday’s incident was unlikely to have any knock-on effect on China’s space exploration program.

"The incident occurred during the second launch [of the LM 5 rocket]. The rocket is still in an experimental stage. We don’t know yet what caused the failure and what needs to be done to fix it,” Zheleznyakov said.

He added that even though Sunday’s incident would have no serious negative impact of China’s space program, the failure could put on ice a number of launches, including of the Chang’e-5 lunar probe.

© AFP 2021 / STR
Xi: China Attaches Importance to Peaceful Space Exploration, Eager to Cooperate
The Wenchang Spacecraft Launch Site on the southern Chinese island of Hainan was commissioned in 2014. It is s one of the four spaceports China now has.

The Wenchang space launch center has two launch pads: one for the Long March 5 and the other for the Long March 7 rockets. The initial launch of the LM 5 rocket was on November 3, 2016. Forty minutes after liftoff it was announced that the launch was a success.

Because the Wenchang cosmodrome is the most advanced of China’s four spaceports, it was assigned a very special role in the country’s lunar and Mars exploration programs.

In 2020, Chinese scientists plan to use the LM 5 rocket to send a probe to the intermediary orbit between the Earth and Mars to study the Red Planet.

It was earlier reported that by 2025 the Wenchang space launch center will be used as part of a program of manned flights to the Moon.