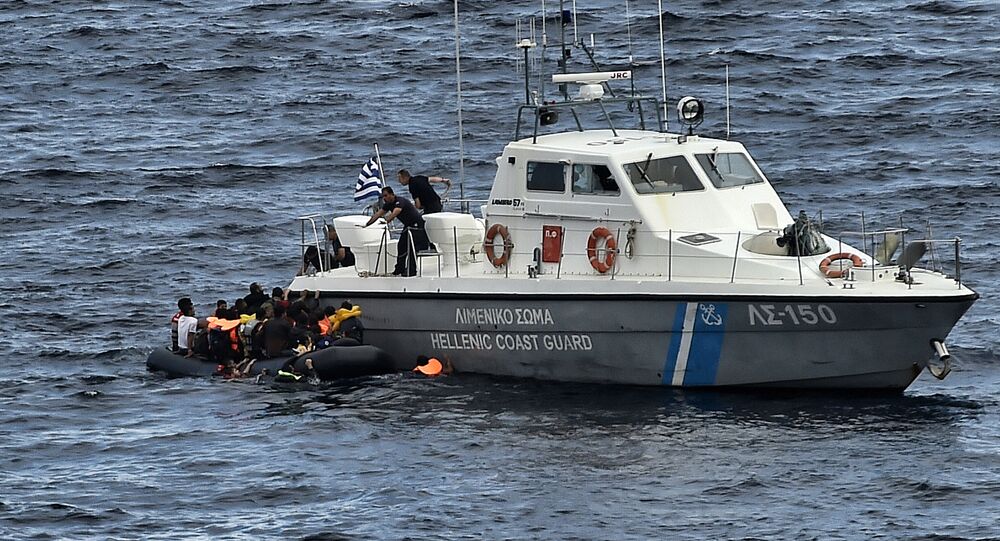 Turkish NTV channel reported that the Greek coast guard opened fire on a Turkish-flagged cargo ship in the Aegean Sea.

© AP Photo / Hurriyet
'Provocation Will Face Counteraction': Greek Defense Minister Warns Against Turkish 'Foot' on Disputed Islands
The ship was reportedly loaded at the Turkish port of Iskenderun and was moving toward the Izmit Bay in the Sea of ​​Marmara.

According to preliminary data, during the passage of the Turkish ACT ship in the Aegean Sea, Greek coast guard boats demanded that the ship moor to the port of Rhodes Island to check the cargo. The captain of the ship allegedly ignored this demand. Then the Greek boats opened fire.

It is unclear yet whether there are injured in the incident.

NTV said the vessel continued to move along the route, while two boats of the Turkish Coast Guard arrived at the scene of the incident.

According to the Greek side, "the Turkish vessel was in Greek [territorial] waters, thus, when there was no reaction to the demand of the coast guard, warning fire was opened."

The two countries have been locked in a dispute over a portion of territorial waters in the Aegean Sea, exclusive economic zones and a number of territories. The conflict nearly burst into violence in 1987 and in 1996, and until this day remains unresolved.

This February, Turkish Coast Guard vessels entered Greek territorial waters near the disputed Imia islets in the southeast Aegean, and were closely monitored by the Greek navy and coast guard.

Tensions flared up after the Greek court refused in January to extradite several Turkish servicemen, whom Ankara suspects of being linked to the July 2016 coup attempt.