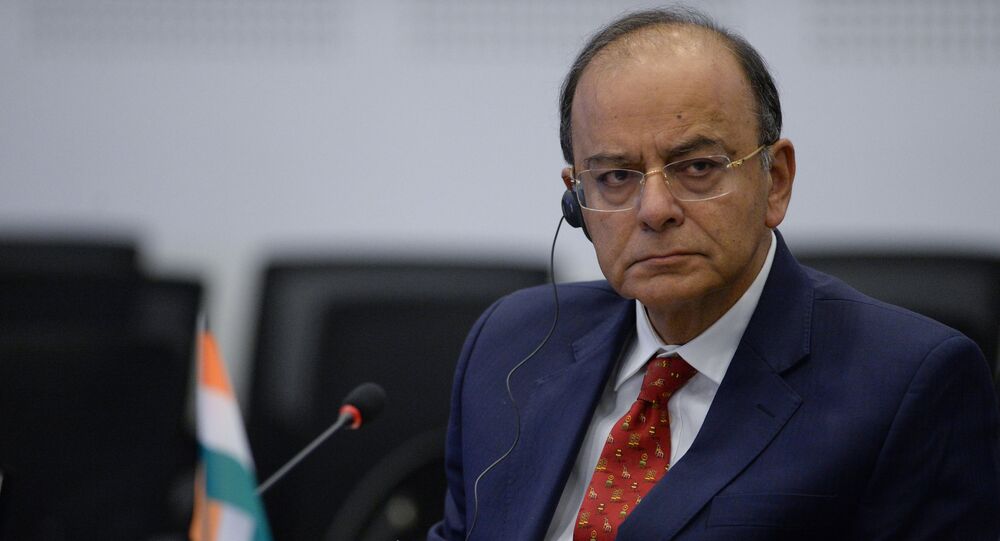 A day after China referred to the 1962 war and that Indian Army should learn “historical lessons”, India’s Defense Minister Arun Jaitley asserted the “India of today is different from what it was in 1962”. Jaitley said the Sikkim stand-off between Indian and Chinese troops was triggered by Beijing.

© AFP 2021 / Agnes BUN
India Concerned Over Chinese Construction In Sikkim Sector
New Delhi (Sputnik) – Jaitley’s remarks have come after China asked India to withdraw its troops from the Donglang area as a precondition for “meaningful dialogue” to settle the boundary issue.

While doing so, it also referred to the 1962 war that was fought between the two countries more than five decades ago wherein China captured a substantial chunk of territory in three sectors. India received support from the erstwhile Soviet Union as well as the US against China at that time.

“The situation in 1962 was different and India of 2017 is different. Bhutan government had issued a statement yesterday in which it made it clear that the land in question belonged to Bhutan. It is located near India's land. There is an arrangement between India and Bhutan for giving security,” PTI quoted Jaitley as saying.

Indian media reports maintain that China’s attempts to build a road in the strategically key Donglang area started the latest round of skirmishes. The area is strategically located at the Sikkim-Bhutan-Tibet tri-junction and could give China a major military advantage over India.

The Indian Army had reportedly blocked the construction of a road by China in Donglang, a disputed territory between China and Bhutan.

India’s Ministry of External Affairs said in a press release on Friday that it was “deeply concerned at the recent Chinese actions and has conveyed to the Chinese government that such construction would represent a significant change of status quo with serious security implications for India”.