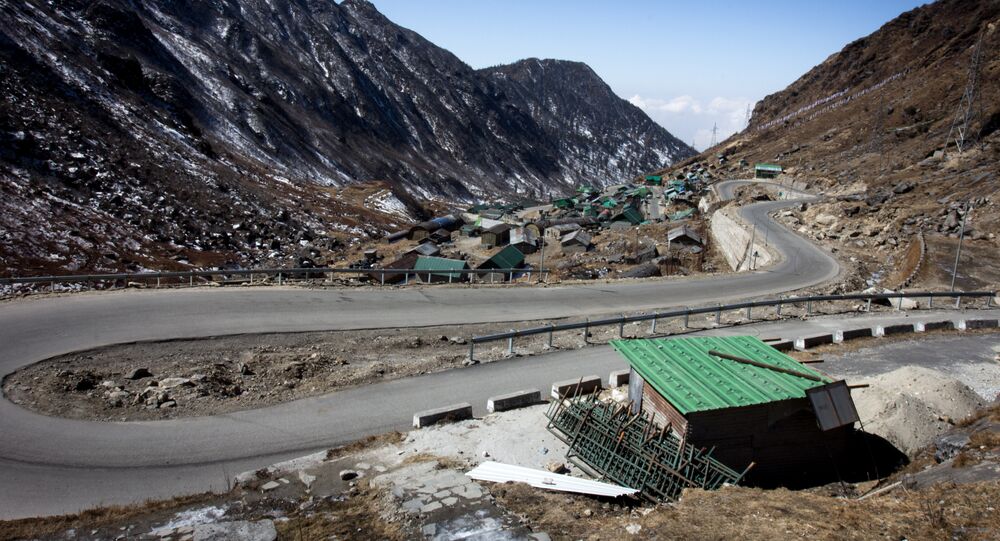 India has expressed concern at the construction activities by China in Donglang area as it will have serious security implications.

© AFP 2021 / MONEY SHARMA
Indian Ruling Party MP Urges Better Ties With China Instead of US
New Delhi (Sputnik) – The Ministry of External Affairs statement came after the Chinese had alleged that Indian forces had intruded into their territory and asked India to withdraw troops so as to maintain peace and harmony along the border.

“India is deeply concerned at the recent Chinese actions and has conveyed to the Chinese government that such construction would represent a significant change of status quo with serious security implications for India,” Ministry of External Affairs spokesperson Gopal Baglay said in a statement on Friday.

The ministry stated that it was the Chinese PLA that entered that area and attempted to construct a road in the disputed area at the tri-junction of India, Bhutan and China over which the Bhutanese army attempted to dissuade them from this unilateral activity.

“In coordination with the Royal Government of Bhutan Army, Indian personnel, who were present at Doka La, approached the Chinese construction party and urged them to desist from changing the status quo. These efforts continue,” the Ministry of External Affairs statement said.

“The Royal Government of Bhutan and Government of India have been in continuous contact through the unfolding of these developments,” the statement said.

In view of the continuing face-off between Indian and Chinese troops along the border in Sikkim, India has urged that all the parties concerned should maintain utmost restraint and abide by their respective bilateral understandings not to change the status quo unilaterally.