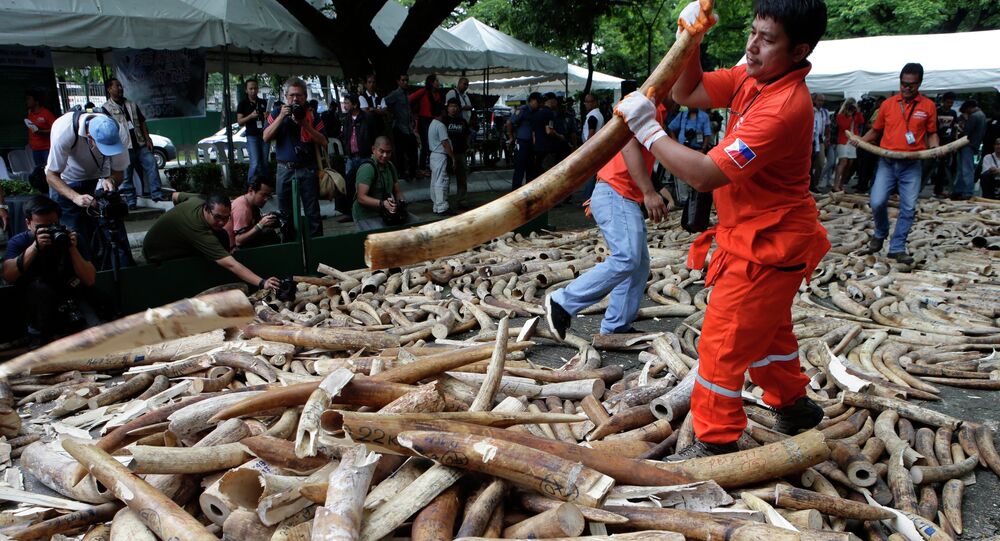 A former cook with a Chinese-led project in Africa was sentenced to four years behind bars on Monday for smuggling ivory worth 36,000 yuan ($5,295) into China.

He could have faced over five years in prison, but was reportedly treated with leniency due to his cooperation with the authorities.

The chinanews.com report did not mention for which company Liu worked, or in which African country he worked.

Even though his company warns all its employees against smuggling ivory, and his colleagues who learned of his plan told him it was a bad idea, Liu decided it was worth the risk, said the report.

The 35-year-old had wrapped the ivory items in plastic wrap and foil and placed them in a hidden compartment he made in his suitcase.

The number of smuggling cases has been declining since last year, Liu Dongsheng, deputy head of the State Forestry Administration, was quoted by the report as saying.

Beijing Customs said most ivory smugglers are Chinese people working in Africa because they are able to access cheap ivory easily, the Xinhua News Agency reported in May.

The Ugandan authorities apologized to China on June 14 after a leaked letter from the country's president to a top law enforcement official wrongly accused Chinese diplomats of smuggling ivory.