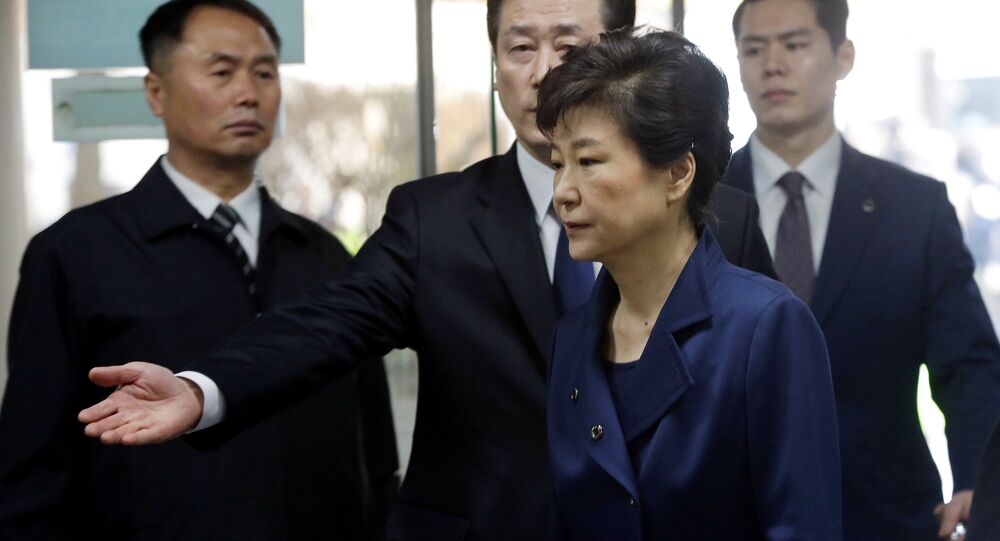 The Korean Central News Agency (KCNA) claimed that the DPRK will impose the "death penalty" on Park as well as her spymaster Lee Byung-ho for their part in orchestrating the assassination plot. Park and Lee "can never make any appeal even though they meet miserable dog's death any time, at any place and by whatever methods from this moment," according to the news release.

"We declare at home and abroad that we will impose the death penalty on traitor Park Geun-Hye."

The KCNA report accused Park and Lee of wishing to "replace the supreme leadership" of the North in 2015, a plot that was suspended during Park's impeachment in December 2016. She was arrested on corruption charges and stripped of her presidency in March, before being indicted in April. As she is currently imprisoned, Park was not available for comment.

The KCNA demanded that the South hand over Park and Lee to punish them for committing "state-sponsored terrorism against the supreme leadership." Last month, the DPRK's Ministry of State Security claimed that the US and South Korea planned to assassinate North Korean leader Kim Jong-un with a biochemical weapon. The KCNA echoed this report: "We do not hide that should the US and the South Korean authorities defy this warning and challenge our resolute measure, they will be made to pay a dear price in an irresistible physical way."

Under Park's regime, tensions between North and South Korea reached new highs as she abandoned the more conciliatory policies of her recent predecessors in favor of a more hardline stance. The DPRK once referred to Park as a "murderous demon" who would meet "a sudden and violent death."

However, Park's removal and replacement with the left-wing Moon Jae-in, who favors diplomacy and negotiation as the solution to the current crisis, has not done much to smooth over relations between the two Koreas. Moon departed on Wednesday for the United States to meet with US President Donald Trump, where the two of them are expected to primarily speak of potential solutions to the threat of a nuclear North Korea.

Lee Byung-ho became the NIS' head in March 2015, but Moon intends to replace him with an appointee of his own.

Not Negotiable: North Korea Sticks to Its Guns on Nuclear Weapons