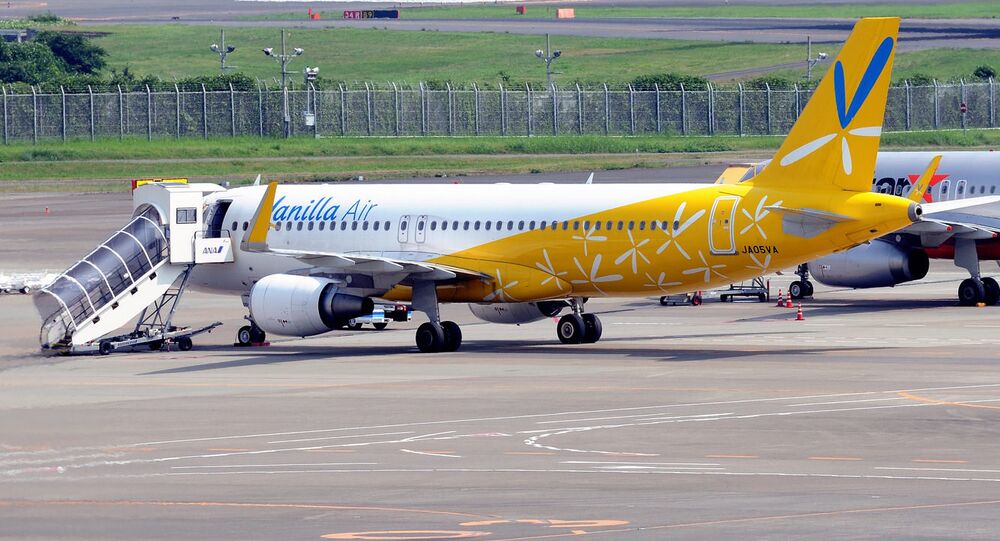 A man paralyzed below his waist was left with no choice but to crawl up the ladder to board his plane, apparently due to a somewhat bizarre adherence to internal regulations by employees of a certain Japanese low-cost airline.

When Kijima was about to board the plane, it became apparent that the carrier lacked any equipment necessary to help disabled persons embark. Fortunately, his companions were able to help him board the plane and disembark upon arrival, according to Asahi Shimbun.

However, when taking a return flight back to Osaka he was informed by the carrier employees that apparently it’s against company safety regulations to allow other people to carry passengers in wheelchairs aboard the plane, and that if he couldn't walk up the stairs without assistance then he won't be able to fly.

Left with no choice, Kijima had to literally crawl aboard the aircraft, pulling himself up with his arms; a humiliating feat which took him about four minutes to accomplish.

To add insult to injury, apparently Vanilla Air issued a public apology only after Kijima contacted the transport ministry, and when the media learned of this outrageous occurrence.

Airline officials now claim that they have already secured and installed the necessary equipment to help disabled persons to board their planes and to avoid such incidents in the future.