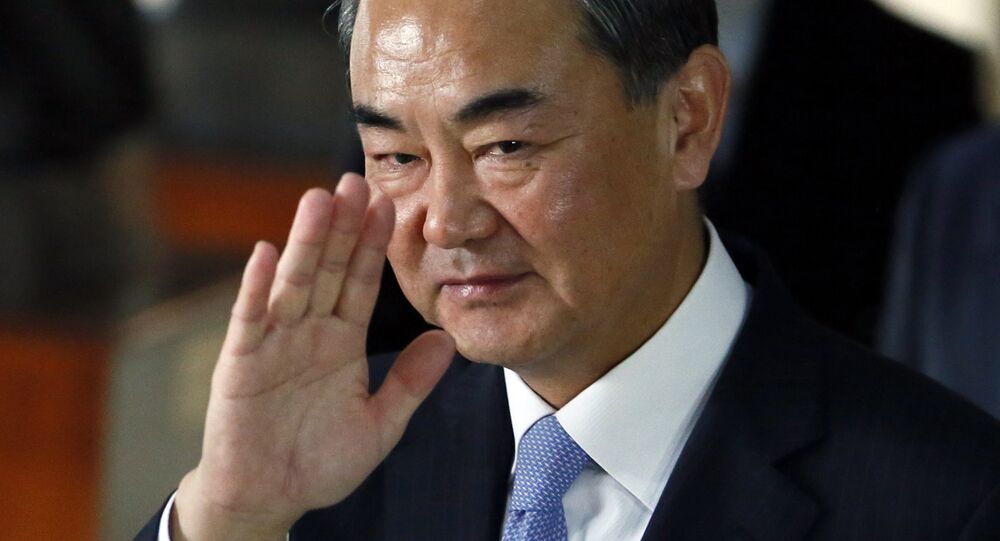 During a visit to Kabul and Islamabad earlier this week, Chinese Foreign Minister Wang Yi the Afghan and Pakistan leaders to improve relations and establish a crisis prevention and management mechanism.

The Hong Kong-based South China Morning Post explains Islamabad’s compliance by China’s sizeable investments in the construction of the China-Pakistan economic corridor and the reported killing by terrorists of a Chinese couple early this month.

At a joint news conference with the Pakistani president’s top foreign policy advisor Sartaj Aziz in Rawalpindi on Sunday, Wang Yi said that his shuttle diplomacy on the Afghan and Pakistani tracks was in response to pertinent requests by Kabul and Islamabad and aimed to improve relations between the two neighbors and promote the peace process in Afghanistan.

In an interview with Sputnik, Ren Yuanzhe, an expert at China’s Diplomatic Academy, underscored the importance of Beijing’s mediatory effort for mending fences between Pakistan and Afghanistan.

“China has assumed responsibility for stability and economic development in Afghanistan and has contributed very heavily to the ongoing war on terrorism in that country. China’s contribution to the development of Afghanistan and Pakistan is absolutely colossal, which makes us a perfect mediator there,” Ren told Sputnik China.

He added that the US is another matter and that the security problems the world is dealing with today largely stem from the war the United States waged in Afghanistan.

China is worried about the current uptick in Islamic extremism in Pashtu-populated areas along the Afghan-Pakistani border, where Uighur separatists find refuge and from where they make terrorist inroads into China’s troubled Xinjiang autonomous region.

© AFP 2021 / AMIR QURESHI
China Says Will Not Be Mediator Between India, Pakistan Over Kashmir
In Moscow, political analyst Stanislav Tarasov said that Mr. Wang’s shuttle diplomacy has bolstered China’s political clout in the region and that the United States will not be happy about it.

“The Americans see China as a rival and even though they will continue engaging in joint projects with the Chinese, undermining Beijing’s growing power remains topmost on their minds,” Tarasov said.

He recalled how, just a few days ago, Afghanistan’s ex-president Hamid Karzai accused the US of strengthening the terrorists’ hand since the start of its invasion of the country in 2001, and of bringing in Daesh.

“Karzai said that in his opinion the Americans are making Daesh instrumental in their effort to get access to China’s Xinjiang autonomous region to break up China just like they once did the Soviet Union,” Stanislav Tarasov noted.