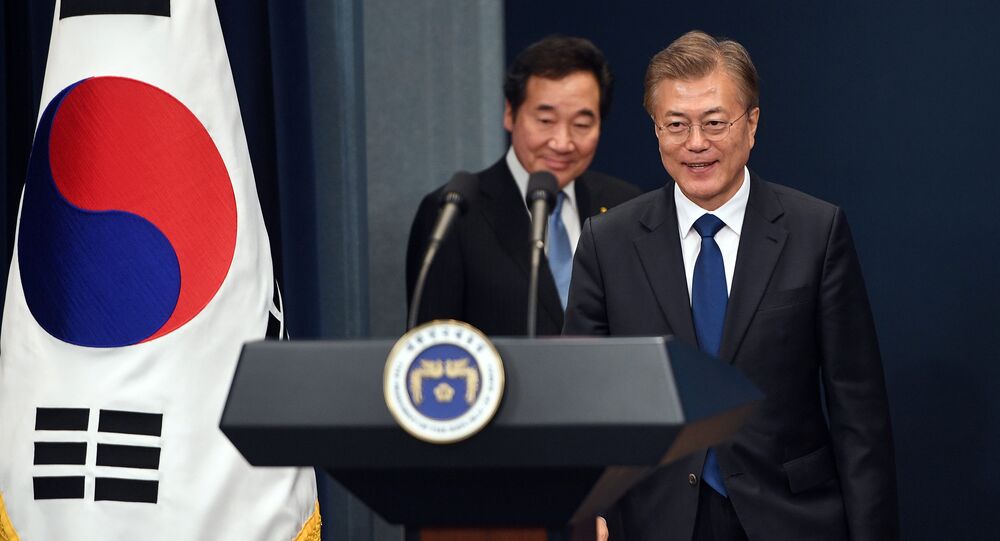 South Korean Prime Minister Lee Nak-yon urged North Korea on Sunday to come forward for denuclearization and respect human rights in the wake of the recent US student Otto Warmbier's death, who was released by Pyongyang in a coma.

MOSCOW (Sputnik) — The prime minister called for release of South Korean and US nationals detained by North Korean authorities.

"The international community is outraged about the latest death of American Warmbier… North Korea should come forward for denuclearization of the Korean Peninsula and respect human rights," Lee said as quoted by the Yonhap News Agency.

© AP Photo / Kim Kwang Hyon
North Korea Denies Responsibility in Warmbier’s Death, Slams Washington
On June 13, Warmbier was returned to the United States from North Korea in a coma after being held in that country for more than a year. He spent 17 months in detention for anti-state actions because he attempted to steal a poster from his hotel. On June 19, the student's family confirmed that Wambier had died at his home in Ohio.

According to the media outlet, six South Koreans including three missionaries and one pastor are still being held in North Korean prisons.

On June 19, US State Secretary Rex Tillerson called on North Korea to free three Americans who also remain detained in the country's prisons.