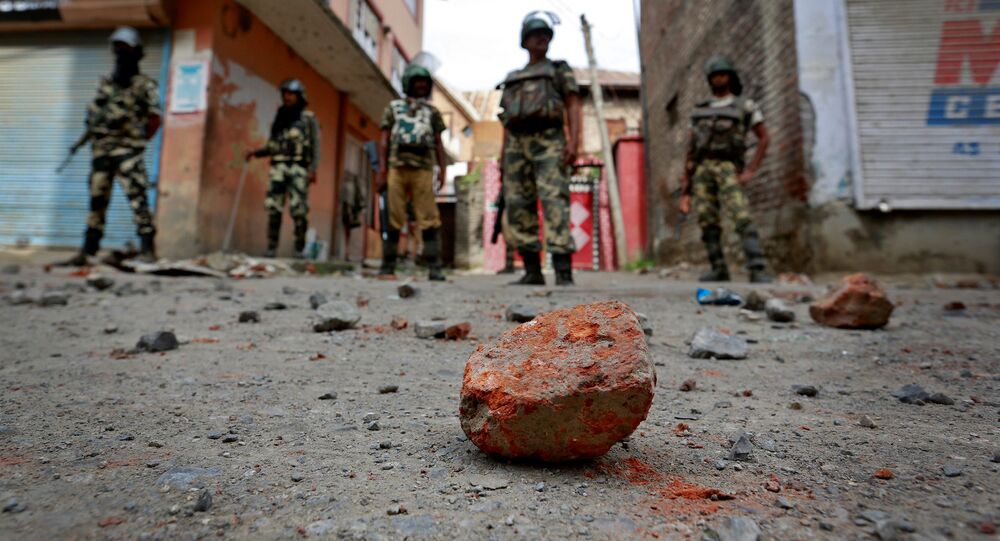 Mobs outside the Jamia mosque of Srinagar have lynched a senior police officer of Jammu and Kashmir Police on Thursday night. This is being considered a result of growing anti-India sentiment induced by separatist leaders in the Kashmir Valley.

The incident shocked the state police administration as the police officer in the case was deployed for security and not for intelligence gathering around the mosque. "An officer being lynched by the very people he had gone to protect proves we have reached a stage where very little difference is left between humanity and barbarism," SP Vaid, the state police chief, told reporters.

According to the South Asian Terrorism Portal, 17 policemen have lost their lives in the first six months of 2017 which is proof of the sudden rise in anti-police sentiment in the valley. Earlier, locals used to avoid attacks on police because they treated police as their own.

© AP Photo / Mukhtar Khan
Four Attackers Killed Outside Paramilitary Camp in Kashmir
Recently, police officers have been advised by the state machinery to not stay in their houses as terrorists began to raid the houses of police officers in the Valley.

Meanwhile, the Narendra Modi government has decided to rush thousands of additional troops armed with heavy weapons and security apparatus to flush out close to 300 terrorists from four districts of Jammu and Kashmir. The Indian Army has rushed 2000 more troops and the para-military forces have rushed 3000 troops to provide additional strength to the soldiers already in mission mode to flush out terrorists in these four districts which have a population of 2.4 million.