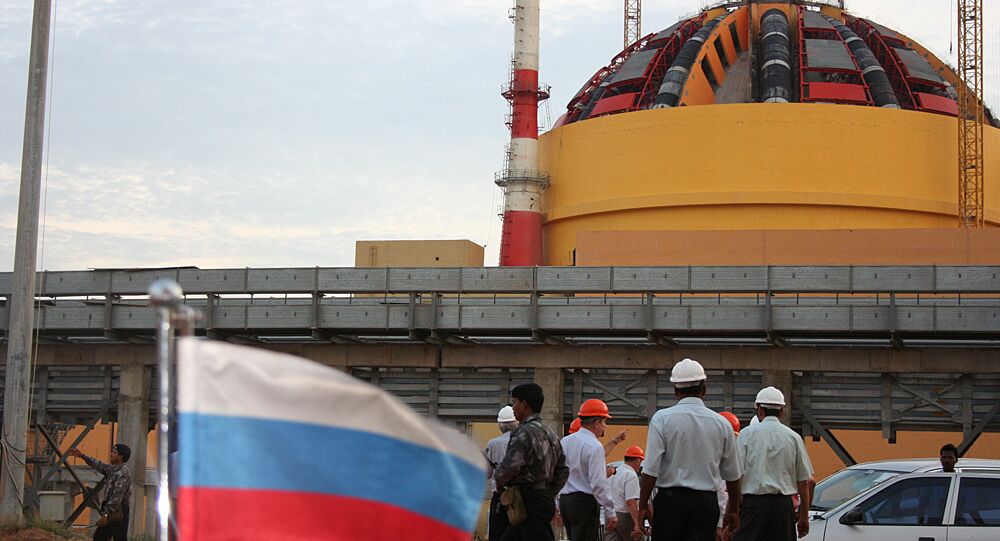 India’s Atomic Energy Regulatory Board announced Friday that it had granted its permit for the "First Pour of Concrete" at units 3 and 4 of Kudankulam Nuclear Power Plant (NPP), allowing the Russian-supported construction works to begin full-scale.

MOSCOW (Sputnik) — It specified that the units to be built are Russian-designed pressurized water reactors, repeating the design of the first two units built at Kudankulam.

"The Atomic Energy Regulatory Board (AERB) in its 121st Meeting held on June 19, 2017 has granted clearance to the Nuclear Power Corporation on India Limited (NPCIL) for the First Pour of Concrete (FPC) of Kudankulam Nuclear Power Projects 3&4," the statement said.

© AP Photo / Rafiq Maqbool
India's New Nuclear Plant Units Commissioning Expected in 2024-25 - Rosatom
Kudankulam NPP is being built since 2013 in the Indian state of Tamil Nadu. The works are carried out by two organizations within Russia's Rosatom state nuclear corporation. The bilateral agreement on the plant’s construction between Moscow and New Delhi was signed in November 1988.

Kudankulam’s Unit 1 began its operation in 2013, and was handed over to India in 2016. Unit 2 was first connected to India’s national grid in August 2016.

In December 2014, Russia and India agreed to build at least 12 units for India’s nuclear power plants, including at least four at Kudankulam NPP.