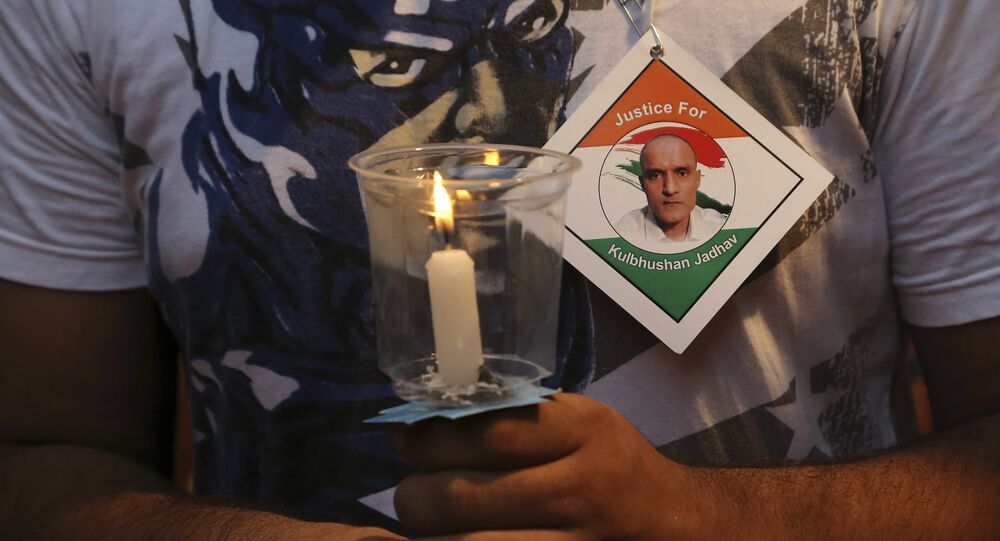 © AP Photo / Channi Anand
India Stocks Up: New Delhi Buys Four Boeing Maritime Spy Planes
Jadhav was found guilty of counts of espionage, sabotage and terrorism and sentenced to death on April 10. If his request with the chief of Army staff is denied, according to Pakistan Armed Forces spokesman Maj. Gen. Asif Ghafoor, Jadhav will have just one option for relief remaining within Pakistan’s legal system: appealing to the president of Pakistan.

Earlier in June, Jadhav saw his appeal to the Military Appellate Court in Pakistan rejected.

Islamabad now claims that Jadhav confessed to plotting to sow discord in Balochistan and the Karachi region while working as a covert agent for Indian intelligence service RAW (Research and Analysis Wing).

A rough transcript of Jadhav’s admission of his allegiance to RAW, as opposed to simply the Indian Navy, where he has a formal affiliation, states that Jadhav and an accomplice "had been sponsoring regularly the various terrorist activities within Pakistan … especially Hazara Muslims, Shia Muslims who move around on pilgrimage between Iran, Afghanistan and Pakistan were basically to be targeted and killed. They were already being done, it was being done, but the level had to be raised to the very high level so that the movement completely stops."

"I was stationed in Chahbahar, the Iranian port city, under a fictitious name, 'Hussein Mubarak Patel' and I was running a business there [called] 'The Kaminda Trading Company,'" Jadhav allegedly said in a “Transcript of 2nd Confessional Statement of Commander Kulbhushan Sudhir Jadhav” posted by Ghafoor.

New Delhi, for its part, said accusations of Jadhav’s membership in RAW were “concocted,” adding that the Jadhav’s trial was “farcical,” the Khaleej Times reported an Indian official as saying on May 8.

New Delhi has taken its concerns to the International Court of Justice at The Hague. India charges that Islamabad is in violation of the Vienna Convention on Consular Relations by prohibiting Jadhav from meeting with Indian emissaries — and now wishes to subject him to capital punishment anyway.

The Hague issued an order on May 18 to stay Jadhav’s execution until the ICJ could rule on New Delhi’s allegations, according to the Khaleej Times.