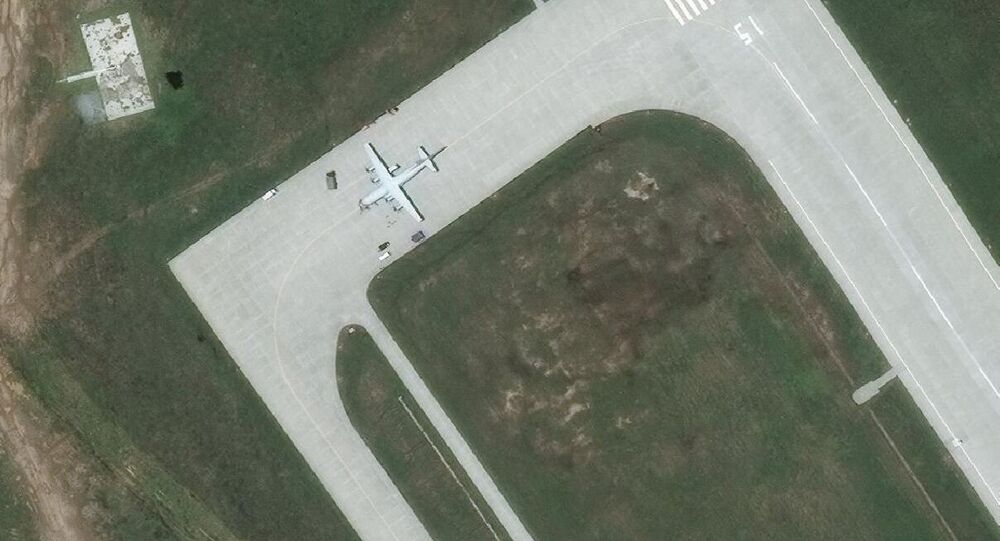 Photos snapped by commercial firm DigitalGlobe on May 10 and May 20 show four sub-hunters, three Harbin BZK-005 recon unmanned aerial vehicles and two KJ-500 early warning jets parked at Lingshui Air Base on Hainan Island. The Y-8X aircraft were put into service in 2015 but haven’t been documented at Lingshui until now. DigitalGlobe has active partnerships with Facebook, Uber, Esri and Mapbox, according to the company’s website.

​The sub-hunter is the first combat-ready maritime patrol plane to be commissioned by the People’s Liberation Army Navy (PLA-N), Defense News notes. The Y-98Q may also have the ability to carry anti-surface ship munitions, but the news outlet cannot independently verify this.

The planes may be permanently stationed on Hainan as PLA-N bolsters the South Sea Fleet’s “domain-awareness and sea-control capabilities,” Defense News added.

Lingshui Air Base gained notoriety in 2001 when a US Navy EP-3 intelligence, surveillance and reconnaissance (ISR) aircraft crashed with a Chinese J-8 high-speed, high-altitude aircraft in midair, killing the Chinese pilot involved. The US Navy aircraft was forced to send out a “mayday” signal, according to GlobalSecurity.org, and make an emergency landing at the Linshui Air Base.