With the ability to zoom in on areas less than 0.6 meters, India’s Cartosat-2 series satellite will allow the Indian Army to keep an eagle eye on hostile activities on the border, said experts on the feat accomplished by India with the launch of the PSLV rocket bearing the satellite on Friday.

New Delhi (Sputnik) — The 712-kg Cartosat-2 series satellite has the highest ever resolution in panchromatic and multi-spectral cameras used for capturing targets on the ground at less than 0.6 meters.

"This (Cartosat-2 series) remote sensing satellite is similar in configuration to earlier satellites in the series with the objective of providing high-resolution scene specific spot imagery," the Indian Space Research Organisation (ISRO) said.

"It will be capable of monitoring minute details, like the movement of persons, tanks etc if images are taken at quick intervals. It will also allow you to test on new bunkers being made at border. If Pakistan activated atom bomb testing site, this resolution will easily provide explicit details of the site to Indian authorities," Dr. Mayank N Vahiya, a scientist at the Tata Institute of Fundamental Research, said. 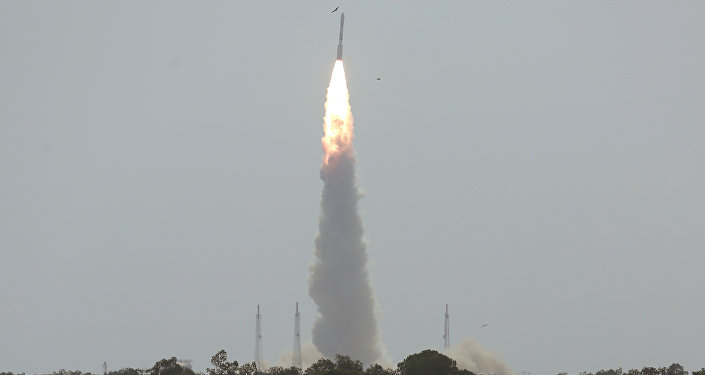 Congratulations to ISRO on its 40th successful Polar satellite launch carrying 31 satellites from 15 countries. You make us proud!

India had launched the first dedicated military satellite Cartosat-2A in April 2008. Cartosat-2E is likely to be the last Cartosat-2 series spacecraft to launch. From next year, ISRO will start sending Cartosat-3 series satellites for remote sensing and other strategic purposes.