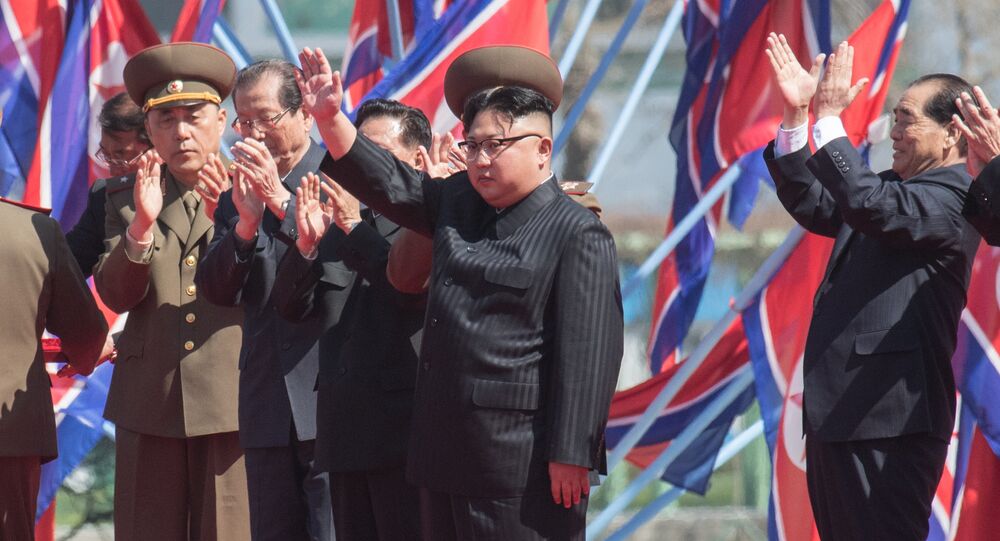 US Secretary of State Rex Tillerson and Defense Secretary Jim Mattis agreed with their Chinese counterparts to expand cooperation between the two countries on a range of issues including North Korean threats and global counterterrorism efforts.

WASHINGTON (Sputnik) — The officials met in Washington on Wednesday for the first session of the newly-launched US-China Diplomatic and Security Dialogue, a forum created after President Donald Trump's summit with Chinese President Xi Jinping in Mar-a-Lago in April.

"We both [the US and China] call for complete, verifiable and irreversible de-nuclearization of the Korean Peninsula, and we call on the DPRK to halt its illegal nuclear weapons program and its ballistic missile tests," Tillerson said after he and Mattis met with Chinese State Councilor Yang Jiechi and General Fang Fenghui, Chief of the People’s Liberation Army’s Joint Staff. "We also decided to adopt greater coordination to face the global threat imposed by terrorism."

Both Mattis and Tillerson said they reiterated during Wednesday's talks that Washington believes Beijing can do more to exert diplomatic pressure on the North Korean government to halt its nuclear and ballistics programs.

"We reiterated to China that they have a diplomatic responsibility to exert much greater economic and diplomatic pressure on the regime if they want to prevent further escalation in the region," Tillerson said.

© AP Photo / Shizuo Kambayashi
Japan Forces Hold Air Defense Drill as Threat With North Korea Looms
The remarks came just one day after Trump said China had tried to use its leverage over North Korea to free American student Otto Warmbier, but that the effort had failed.

Warmbier, who was imprisoned in North Korea for more than a year and returned to the United States in a coma, died on Monday.

Wednesday's talks also saw senior US and Chinese officials engage in a frank exchange on the issue of the South China Sea.

"We discussed ways to decrease tension and reduce risk in the South China Sea," Mattis said. "As we maintain open dialogue on this topic, the United States will continue to fly, sail and operate wherever international law allows."

© REUTERS / KCNA
France Insists on Tightening Sanctions Against North Korea
China and several US allies in the region — namely Japan, Vietnam and the Philippines — have competing claims to the maritime borders and responsibility areas in the South China and East China seas.

Mattis said the dialogue addressed ways to narrow gaps between the two countries on the issue.

"On South China Sea, this is a dialogue where we identified areas where we can work together, and to understand those areas where we have, I would call them disconnects, where our understanding of the problem is very different from theirs. We'll continue to work to close gaps in our understanding and to work in some kind of manner in the future that removes these irritants," Mattis said.

The talks also dealt with the issue of defense cooperation, and Mattis said he was committed to enhancing the US partnership with China in this sector.

The US officials urged their Chinese counterparts to help Iraq's government as it battles the Islamic State (banned in Russia) and begins the process of rebuilding, Tillerson said.

They also discussed ways to enhance stability in the areas of space and cyberspace, he added.

Future dialogue sessions will allow the two sides to expand cooperation on a wide range of security issues, Tillerson said.

"We need to work to expand areas of cooperation as we did today on issues where we have shared security interests," Tillerson said.

Tillerson also announced that Trump will make a state visit to China later this year.