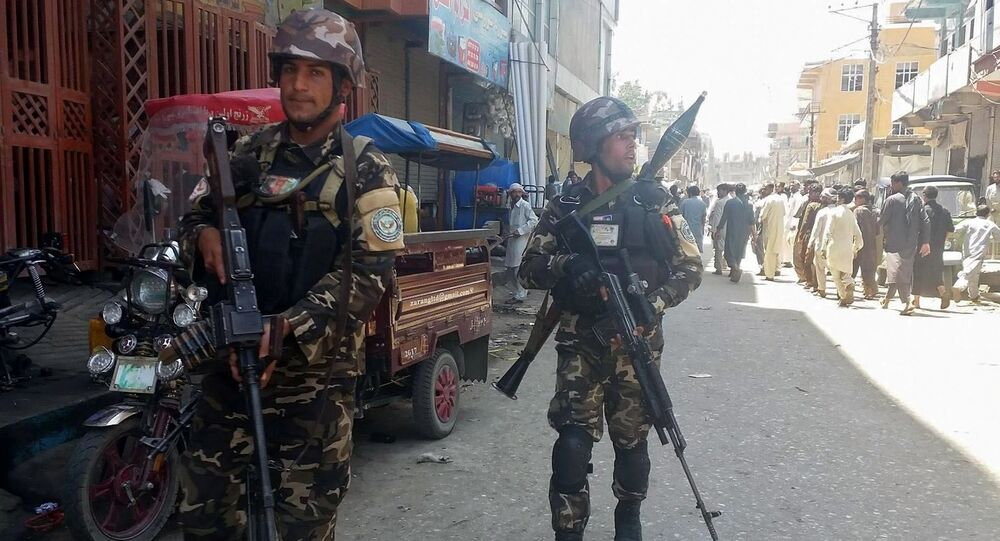 MOSCOW (Sputnik) — At least 20 militants of the Islamic State (ISIL or Daesh, terrorist group, outlawed in Russia) were killed, and 12 more were injured by security forces in Afghanistan's northern Jowzjan province over the past 48 hours, local media reported Wednesday, citing police chief of the province Rahmatullah Turkmestani.

© AFP 2021 / NOORULLAH SHIRZADA
At Least 700 Daesh Militants Killed in Afghan Province of Nangarhar in 3 Months
According to the TOLOnews broadcaster, the Daesh terrorists attempted to attack security check points in the Darzab district of the province on Monday night and the clash continued until midnight on Tuesday.

Afghanistan has long been suffering from unstable political, social and security situation due to the simmering militant insurgency. On May 31, a powerful blast occurred in the city of Kabul, leaving up to 150 people dead and over 300 injured. The Daesh claimed responsibility for the attack.

Senior Daesh Media Producer Killed in US Airstrike in Afghanistan