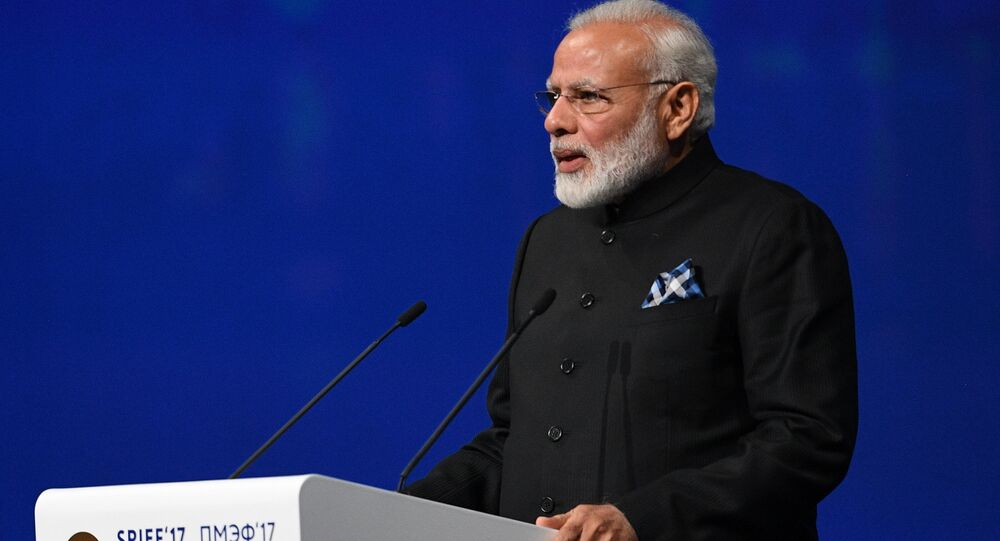 India to Seek US Support for Its Nuclear Suppliers Group Membership

Indian Prime Minister Narendra Modi will try to win support for his country's bid for the membership of Nuclear Suppliers Group (NSG) during his upcoming visit to Portugal, the US and the Netherlands.

© AP Photo /
India Successfully Tests Nuclear-Capable Prithvi II Missile
Similarly, during his visit to Portugal and Netherlands, Prime Minister Modi will try to garner support for India's bid for NSG membership.
India is very concerned after China toughened its stand just ahead of the NSG plenary meeting in the Bern, Switzerland.

"On the issue of Nuclear Suppliers Group, I can tell you China's stance on the accession of new members into NSG has not changed," Chinese Foreign Ministry spokesperson Lu Kang had told earlier.

"Modi's visit to the US will be crucial as he will have bilateral talks with US President Donald Trump for the first time. Definitely, NSG will be one of the key agenda of discussion as India wants to get into the elite nuclear club. But China hasn't softened its stand and will hardly give space for India. Apart from China, Mexico, New Zealand and Switzerland are also not supporting India's accession to the NSG. Therefore, India's chances are slim," Anuradha Chenoy, professor, School of International Studies, Jawaharlal Nehru University, told Sputnik.