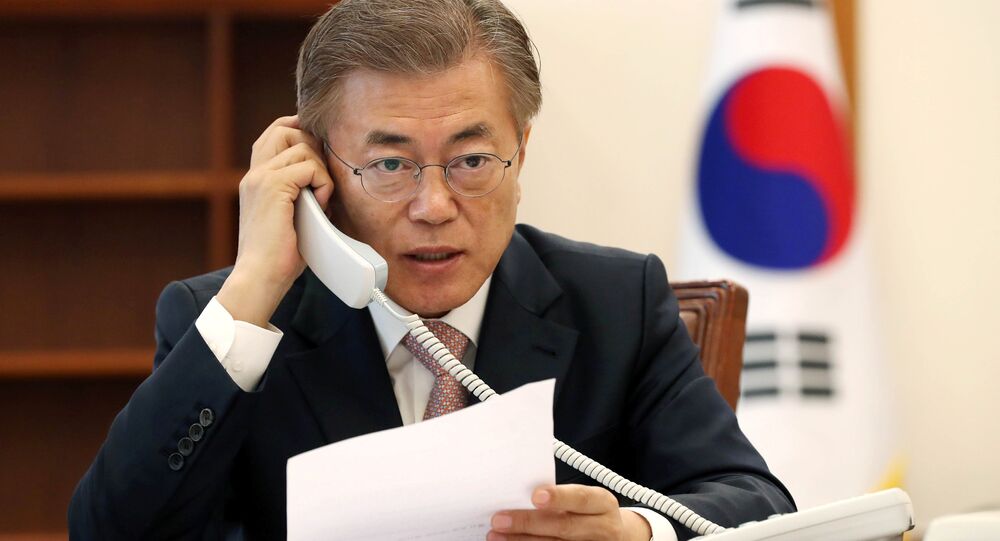 South Korean President President Moon Jae-in expressed hope that he would hold a meeting with North Korean leader Kim Jong Un until the end of this year.

MOSCOW (Sputnik) — The South Korean leader stressed that it is necessary to be patient when it comes to the North Korean issue.

"I certainly hope that the conditions could become right for such dialogue before the end of the year. And just because we believe that dialogue is necessary does not mean that we have be impatient for dialogue," Moon told CBS News in an interview answering the question whether he thought there could be a meeting between him and North Korea's leader.

© Sputnik / Ramil Sitdikov
Seoul Vows to Do Utmost for Return of South Koreans, Americans Held by Pyongyang
The previous meetings between the leaders of the two states took place in 2000 and 2007.

Since the beginning of 2016, North Korea has carried out a number of missile launches and nuclear tests in violation of UN Security Council resolutions, prompting worldwide criticism and the escalation of tensions on the peninsula. The international community, including the United States, has criticized the military activities of the Asian nation and tightened the sanctions regime against Pyongyang.