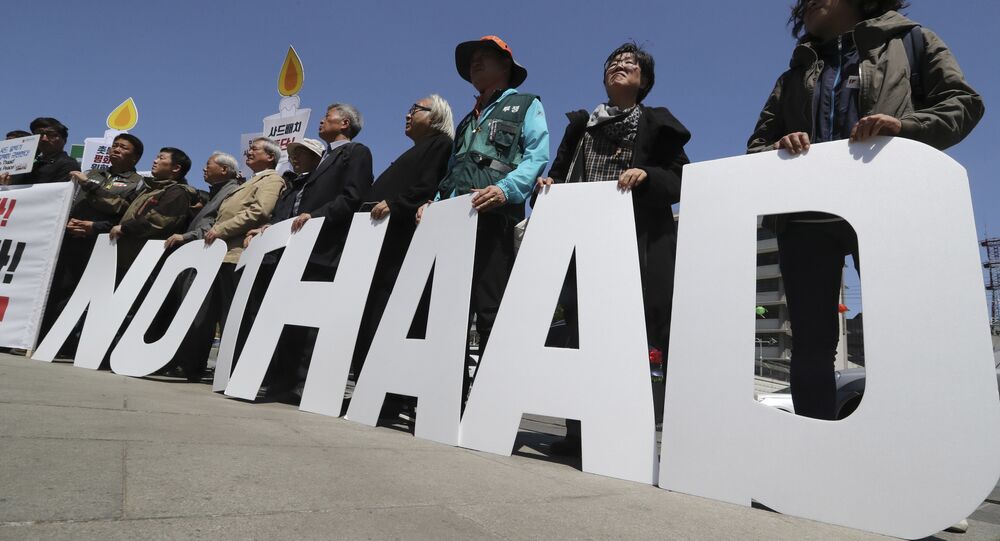 Putting the pressure on, China requested on Tuesday that South Korea make a decision “soon” on whether the US-operated THAAD missile system will remain in place on Seoul’s territory.

In asking for Seoul to make a "political decision," Beijing is seeking to have the powerful US-made weapon system removed from the region, as the installation of the missiles on the Korean peninsula is viewed by China as an unnecessarily aggressive stance.

Washington insists that the deployment of the THAAD system is necessary to counter the military posturing of the People's Democratic Republic of Korea (DPRK), particularly in light of the increasingly isolated country's threat to drop an ICBM with a nuclear warhead on the US mainland, a capability many experts observe is currently beyond Pyongyang's power.

According to the Chinese Foreign Ministry, cited by Yonhap, on Tuesday representatives from the two countries met to discuss issues of bilateral regional security.

"We hope the Korean side shows political will and decision, to keep its promise," stated Chinese Foreign Ministry spokesman Geng Shuang, during a news conference following a strategic dialogue between Chinese Vice Foreign Minister Zhang Yesui and his Korean diplomatic counterpart Lim Sung-nam, according to South Korea's JoongAng Daily newspaper.

The Chinese spokesman asserted that the two representatives pledged to "strengthen communication."

Noting that an improvement in bilateral relations is sought by both parties Geng said, "effort has to be put into returning the two countries relations to a path of stable and healthy development."

The two national representatives were primarily engaged in laying the groundwork for the upcoming meeting between Moon and Chinese President Xi Jinping on the sidelines of the G-20 summit in Germany, next month.