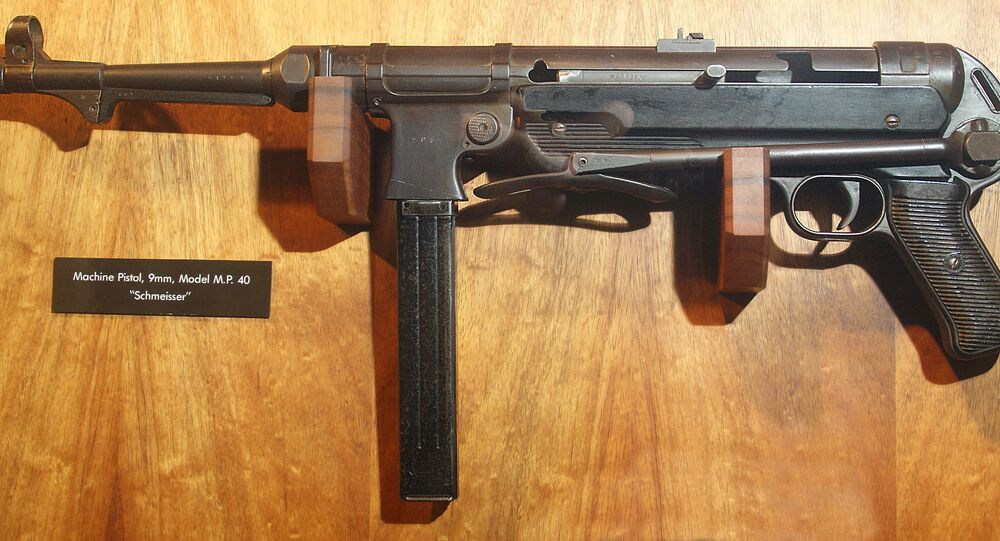 Police in New South Wales, Australia, arrested a man at a traffic stop when they found a Nazi German submachine gun and ammunition among his possessions.

The weapon, an MP 40 submachine gun, was confiscated along with 60 rounds of ammunition. The MP 40 was missing its barrel and had tape wrapped around its grip. Police are performing forensic analysis to determine whether the weapon was involved in previous incidents of violence.

The man was found to be in violation of Australia's prohibited weapons law, which requires all firearms be licensed and registered. He has been denied bail while the police investigate. If he is found guilty of possession of a prohibited weapon, he could face up to 14 years in prison or fines in excess of $200,000.

"It's a very robust weapon and was also souvenired during the war by Allied soldiers," Shane Casey, senior curator at the Australian War Memorial, told ABC Australia. "Anyone who is interested in German army history or the second World War would recognize this weapon immediately."

"We've got examples here in our collection. You would find it after the war being used in Northern Ireland and there's also examples that have turned up in Vietnam and Cambodia."

Australia's gun laws are very strict, and have been ever since the Port Arthur massacre in 1996. After that incident, Australia instituted a period of "gun amnesty" when illegally-obtained firearms could be turned over to the government to be destroyed with no fear of criminal prosecution. Six hundred and fifty thousand firearms were destroyed in the first amnesty and gun crime dropped significantly from there.

The second period of national gun amnesty will begin on July 1 to cut down on the number of unregistered firearms in the country, estimated at 260,000 by Australian authorities. Justice Minister Michael Keenan pointed to two recent incidents: a 2014 situation where a Daesh affiliate took 17 hostages in a Sydney cafe, leading to the deaths of two hostages as well as the culprit, and the 2015 murder of police accountant Curtis Cheng by a teenager with suspected ties to radical Islamist groups.

"My expectation is it will probably not be the case that we will have hardened criminals who have made a big effort to get a hold on illegal guns would necessarily hand them in. The purpose is to reduce the number of unregistered and illicit firearms in the community," Keenan told the Australian Associated Press.

The MP 40 was the submachine gun of choice for German infantrymen during the first years of World War II. More than 1 million of the iconic weapon were created by the war's end. It has seen intermittent use ever since the world over, by the Austrian and Norwegian militaries until the 1980s and most recently during the Syrian Civil War.