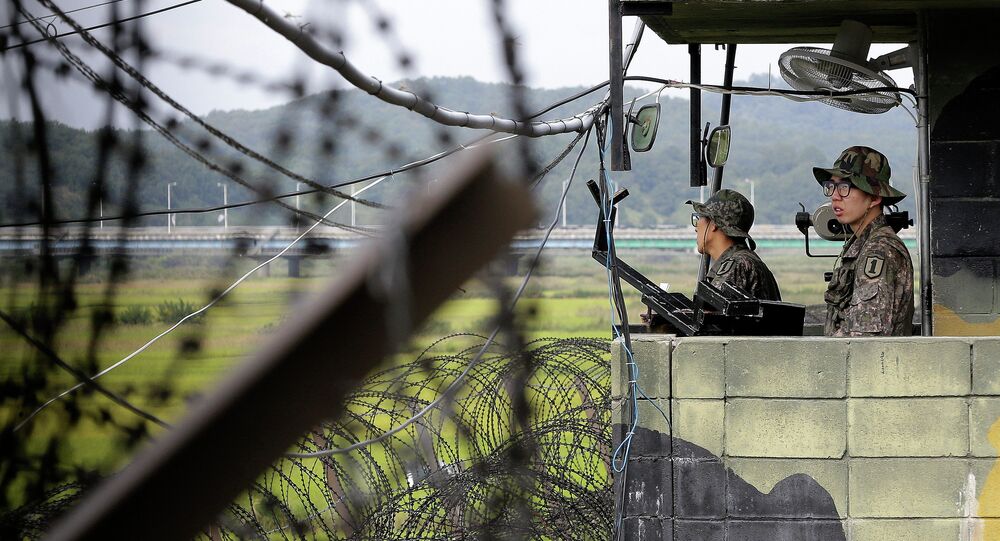 "Don’t kill me! I am here to defect," the man shouted to South Korean soldiers as he paddled down the Han River outside of Seoul, according to Yonhap News Agency.

The defector was supported by makeshift floating devices made of plastic foam, the news agency reported.

​South Korean sentries spotted the man in Gimpo, a town just west of Seoul, in the wee hours of the morning on Sunday, the South Korean Joint Chiefs of Staff said according to the Yonhap report.

Officials took him into custody to ascertain what motivated his decision to leave the Democratic People’s Republic of Korea (DPRK).

The event marks the second defection in less than a week. On June 14, a North Korean soldier walked across the demilitarized zone (DMZ) that divides the Korean Peninsula, Sputnik reported.

Pyongyang has called for defectors to be sent back to the DPRK, which some analysts say could be used as a bargaining chip in getting the North to sit down and potentially restart positive inter-Korean relations.

“North Korea may be more aggressive on the repatriation issue,” Jang Cheol-un, a professor at the Institute for Far Eastern Studies, told the Korea Times on June 10. Pyongyang may insist, for instance, that 13 waitresses who defected to South Korea from China last year return home before it returns to the negotiation table.

The Korean War came to an end in a 1953 truce, which created the DMZ; the North and South are still technically at war, as Pyongyang and Seoul do not have a formal peace treaty in effect.