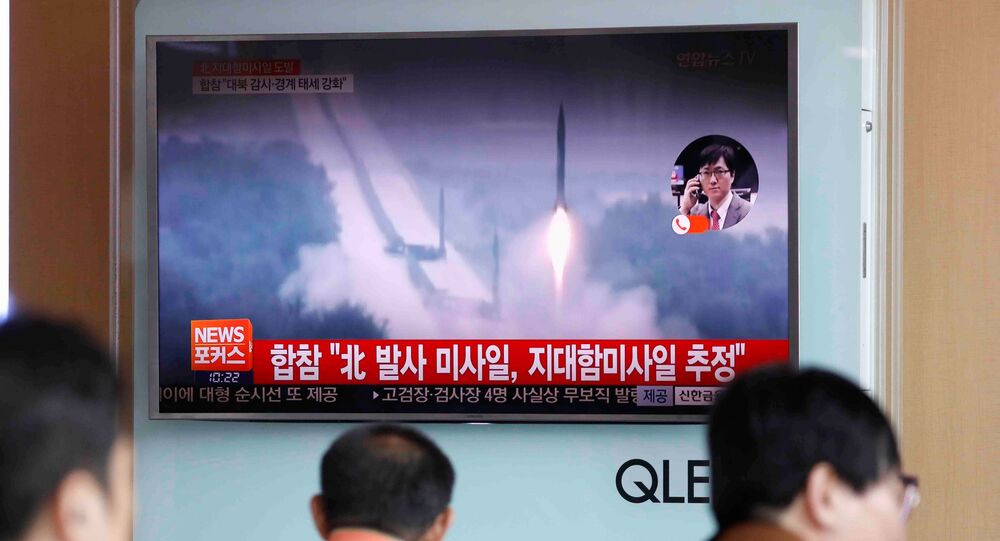 North Korea intends to enhance its nuclear potential amid increasing pressure on the country, the North Korean Foreign Ministry said on Friday.

"The stronger the pressure that the United States and other enemy forces put upon us, the more will be the hatred and indignation from our army and people, the more accelerated will be measures to strengthen our nuclear power to eradicate aggression and evil," the statement, spread by the Korean Central News Agency, read.

The Foreign Ministry stressed that "the sanctions and the pressure upon North Korea from the United States and their vassals reached the limits." According to the ministry, a total of 15 national party and government agencies, 73 companies and 90 individuals were included on the sanctions lists. Besides, the restrictions were imposed on 16 airplanes and 20 ships that Pyongyang claims are not linked to the military, the ministry added in their statement.

© AP Photo / Christophe Ena
US Should Work Closely With China, Russia on North Korean Nuclear Issue - Kerry
Pyongyang has repeatedly stated that it is ready to conduct a test launch of an intercontinental ballistic missile if the relevant order is given. The United States and Japan have both warned that a successful test of a North Korean intercontinental missile would be considered a threat to the entire world.

Tensions surrounding North Korea's nuclear and missile programs have recently escalated, with Pyongyang conducting a series of missile launches and nuclear tests since the beginning of the year. North Korea conducted its most recent ballistic missile test on June 8, launching several short-range surface-to-ship cruise missiles off the country’s eastern coast in what was the fourth missile test over a month.