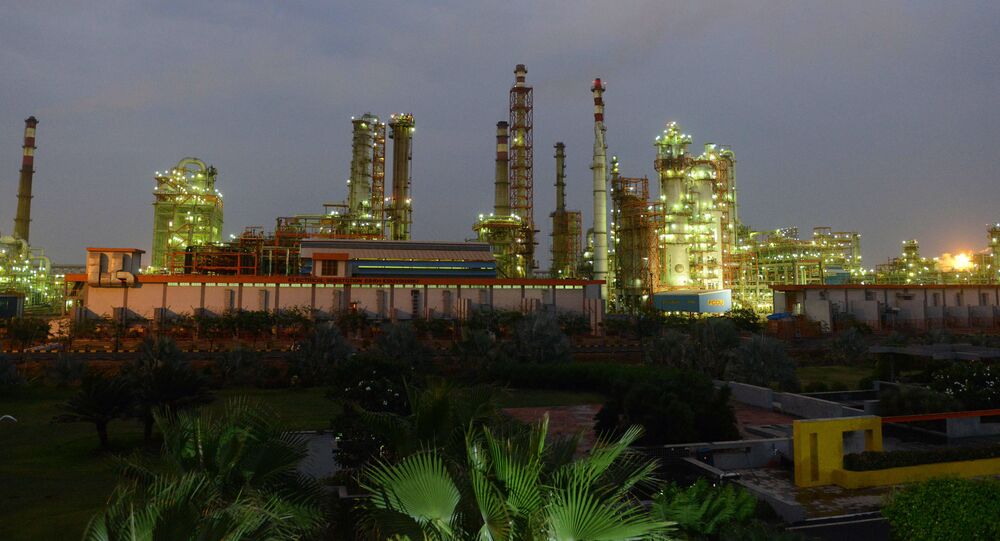 Indian oil companies have signed an agreement to build one of the world’s largest integrated refinery-cum-petrochemical complexes in Maharashtra state. The 60 million metric ton per annum (MMTPA) complex will be built at an estimated cost of $40 billion and is expected to be commissioned by 2022.

"It will be a green refinery comprising 50 units designed to operate at the highest level of efficiency, and will be self-sufficient in power and utilities requirements, besides creating a benchmark in environment management," an IOC official said.

© AP Photo /
India to Build Mega Refinery in Maharashtra
As India is migrating to global standard fuels by April 1, 2020, Indian oil companies are investing $13.5 billion for refinery upgradation. The west coast project will also be designed to produce Euro-VI and above grade transportation fuels. The refinery will have an in-built flexibility for processing a wide spectrum of light and heavy crude oil grades. Indian refiners are scouting for cheaper heavy crude oil grades from Iran and Iraq in recent years. This is evident from the decision of filling half of country's three strategic oil reserves with Iranian oil. India has created oil reserve in its underground rock caverns of storage capacity 5.33 million metric tons of crude oil at three locations.

"It (west coast project) will also be able to produce on-demand product mix of petrol and diesel streams, as well as other refined products and petrochemical streams with the highest level of integration and energy efficiency," IOC said in a statement. London-based IHS has been entrusted with the market study for the chemicals and petrochemicals to be produced at the complex.

Earlier this year, Aramco of Saudi Arabia and Shell had expressed their interest in storing crude oil in the strategic petroleum reserve facilities. India needs to import 80 percent of the total oil requirement of the country.